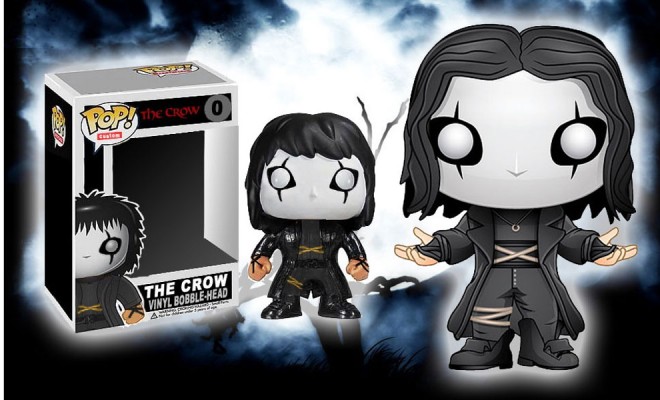 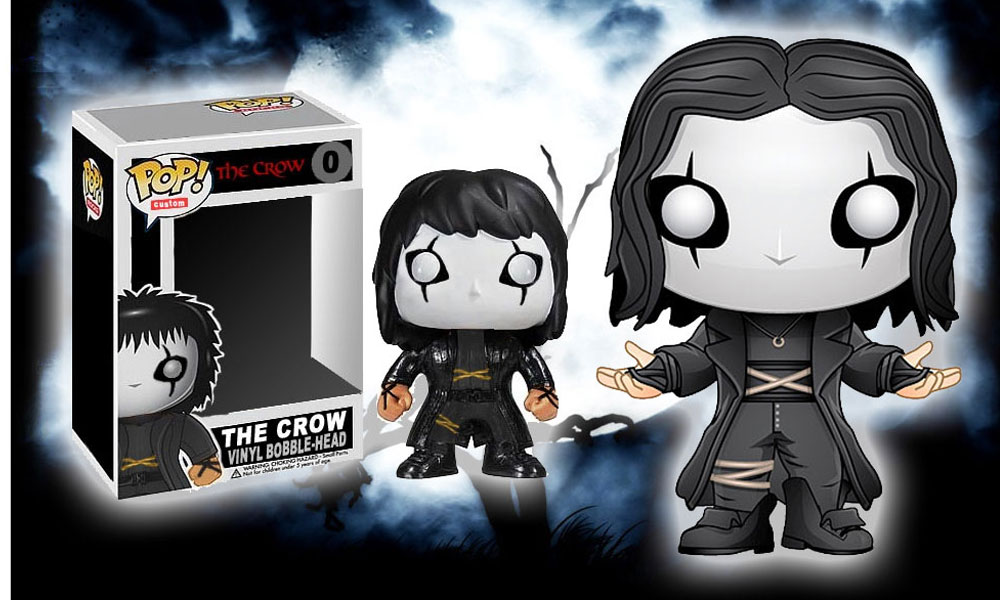 Darker than the bat, rock musician Eric Draven is officially available as The Crow Pop! Vinyl.

The Crow Pop! Vinyl features Eric Draven as a 3 3/4 inch tall Pop! stylized version of his on screen counterpart. He stands with hands outstretched and eyes wide open.

The Crow is a 1994 supernatural film about a rock musician who returns from the dead to avenge he and his fiancee’s murders. It was based on James O’Barr’s 1989 comic book of the same name. Granted the sight of the crow, Draven is able to track down the gang members who murdered him to serve them justice. Despite the accidental death of Brandon Lee (who played Draven) during filming, The Crow was a critical and commercial success.

The Crow Pop! Vinyl is currently available for pre-order and is scheduled to arrive in September 2014.