It’s been a good year for Star Wars fans, and now here’s something else to celebrate. Hasbro has just released three new exclusive Star Wars figure sets from The Last Jedi. These Force Link-compatible 3 3/4-inch figures are now available for order exclusively at Entertainment Earth.

Here’s a detailed look at each.

Equipped with his powerful D-93 incinerator, this First Order Flametrooper is ready and willing to turn any battlefield into a blazing trail of ash and ember. A fresh take on an older classic, this new figure sports a slightly different design with two hands firmly gripping his weapon.

As most flametroopers are known to work in tandem with other stormtroopers, this guy’s great for troop building. 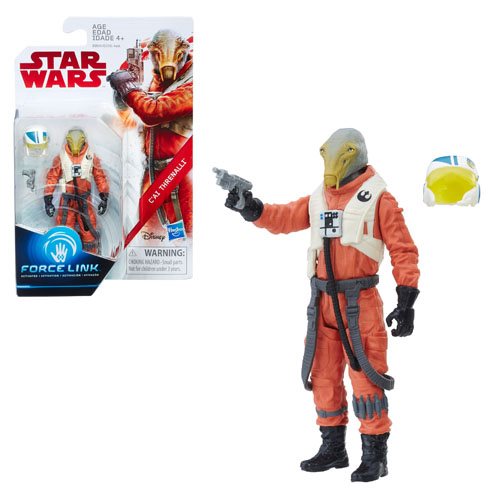 First appearing in Star Wars: The Force Awakens, C’ai Threnalli is a famed Resistance flyer and one of the best pilots this side of the galaxy. More than that, he’s Poe Dameron’s right-hand wingman – err wing creature. With a long snout and an impressive frame, C’ai Threnalli is part of the Abednedo species who have long been fighting against the Empire.

Equipped with his handy blaster and removable helmet, this is one fighter who’s always ready for a challenge.

And last but not least, this excellent two-pack features the fantastic Captain Phasma and First Order Officer Finn. As the undisputed captain of the First Order, Phasma is a powerful force to be reckoned with.

Decked out in her beautiful chromed armor, this Phasma figure features a new weapon and a new pose. Meanwhile, Finn comes disguised in his officer’s outfit and is equipped with his handy baton.