Will You Rule the North With This New Winterfell Statue? 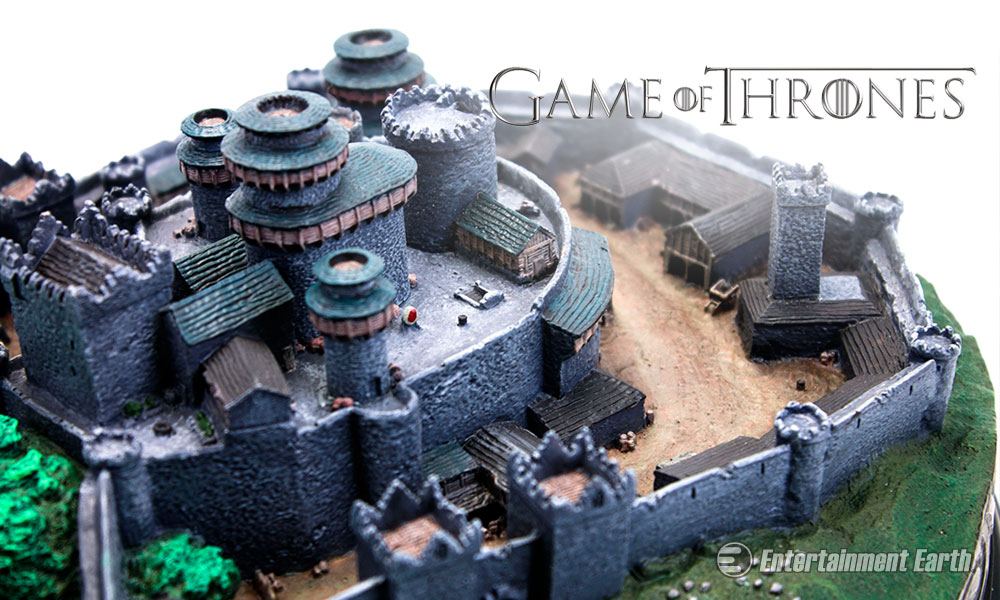 Winter may be coming but the Game of Thrones Winterfell Desktop Statue from Factory Entertainment is actually here!

On Wednesday we revealed the production sculpts of this fantastic statue, and now we have exclusive first images of the statue in all its completed glory for your viewing pleasure, courtesy of Factory Entertainment!

Now you can own the ancestral home of House Stark as a breathtaking statue – of such quality that it is fit only for the likes of royalty. For over 8,000 years, Northerners have roamed these robust halls, and now they are seamlessly adapted to fit your desktop. With this incredible statue and the Old gods’ blessings, you’ll surely relive – or re-imagine – your favorite scenes from the HBO series. Tell those pesky Lannisters that we send them our regards!

A piece which seems to come straight out of the opening sequence to Game of Thrones, this statue is finely crafted and portrays the ancient castle of Winterfell in stunning detail.

Sculptor Kyle Millard worked alongside designers who arduously researched every frame of the show in which Winterfell is portrayed – along with photographs of real world locations, concept drawings, and architectural plans. Over the course of 1,000 hours, this meticulously crafted sculpt had come to fruition.

The Game of Thrones Winterfell Desktop Statue is cast from heavyweight holystone. The piece measures 10″x14″x5″ and weighs 3 lbs. Winterfell is a numbered limited edition of 1,500 pieces and includes a presentation box and certificate of authenticity.

Step into a land of fantasy with this incredible statue, currently available for pre-order at Entertainment Earth with an expected arrival of January 2016 and free shipping.

And if you like this Winterfell statue, here’s something else Factory Entertainment is working on…