Fill Your Pokedex With These Tomy Pokemon Figures

As you venture through the islands of Alola in Pokemon Sun & Moon on your quest to help Professor Kukui and takedown Team Skull you may want to bring some of your beloved Pocket Monsters into your real life. Tomy is here to help you out with these new action figures!

You won’t need a Master Ball to catch Solgaleo and Lunala with this Pokemon Legendary Action Figure Case!

Takedown your hometown rival with this complete team of six in the Pokemon Battle Action Figure Case!

Ash Ketchum is ready to take on the Kalos region in this Pokemon Action Figure Case! 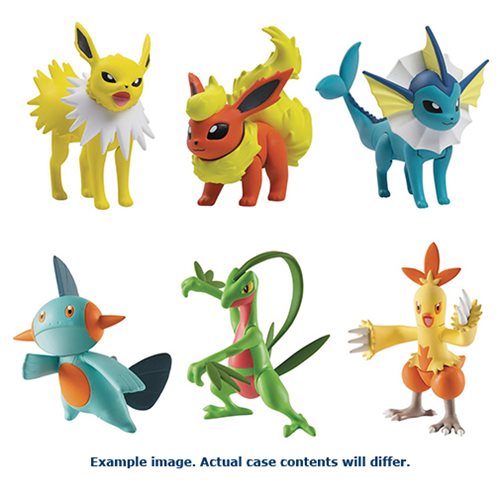 Jump into battle with the original Eveelutions, Combusken, Mashtomp. and Grovyle in the Pokemon Action Pose Action Figure 3-Pack Case!

Pre-order these Pokemon before they make a run for it! You never know if you will re-encounter them!