Okay, who doesn’t want a Pop! Vinyl of Jonah Hill? Or Channing Tatum. Or Michael Cera. Some of the funniest comedies in recent years are getting a special treatment from Funko with 21 Jump Street Pop! Vinyls and Superbad Pop! Vinyls!

Bang bang! These undercover cops are on a new mission – as 3 3/4-inch vinyl figures, that is. In the umpteenth sequel to the hot comedy, Jenko and Schmidt are going deeper than they’ve ever gone before to infiltrate a secret Pop! Vinyl facility. Man, that would be hilarious, wouldn’t it?

Jenko and Schmidt are here in their white tuxedos from the first film, 21 Jump Street. Each of them are brandishing a gun, ready to get the job done.

The teens from Superbad are no longer social outcasts because they’re the coolest Pop! Vinyls on the shelf. Seth’s carrying a pair of six-packs in each hand and best friend Evan has his hands in his pockets. As for Fogell McLovin’, he’s got that trust fake ID handy for any purchase he may need.

Embrace the humor you love and don’t miss out on these great new Pop! Vinyls! They’re all available for pre-order at Entertainment Earth, with 21 Jump Street expected to arrive in June and Superbad in July. 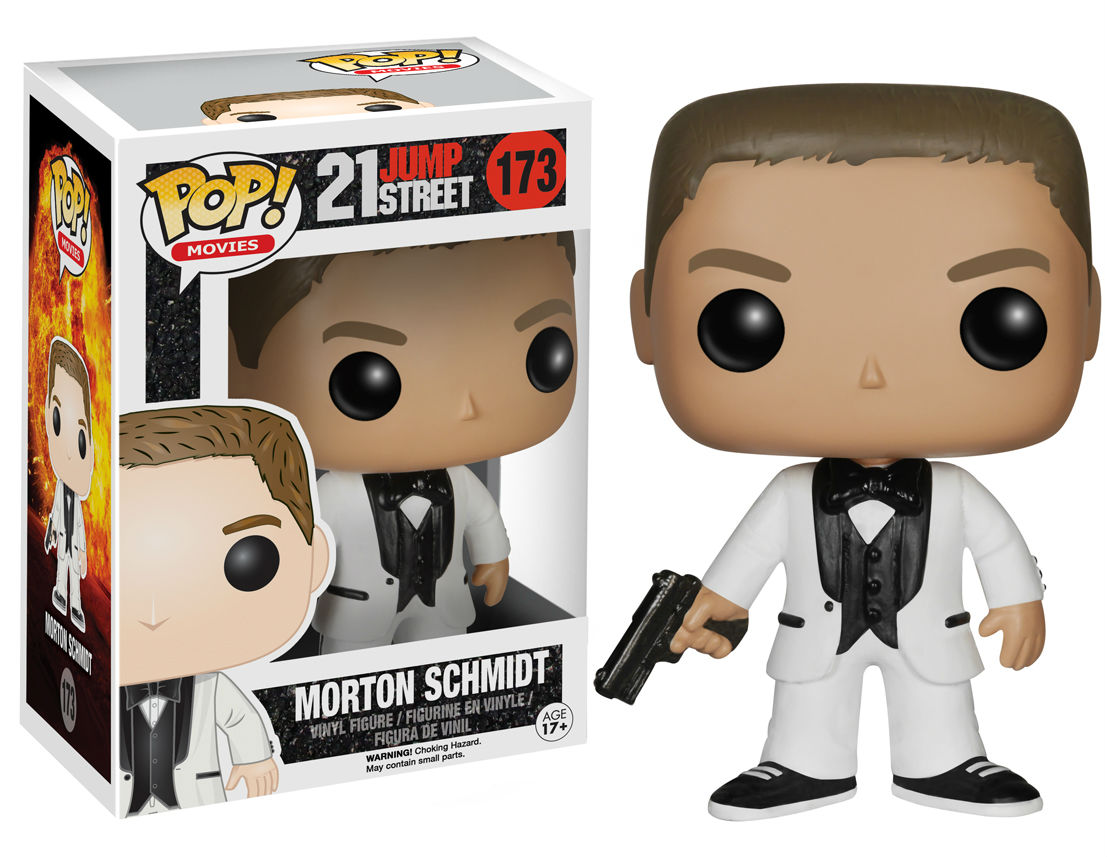