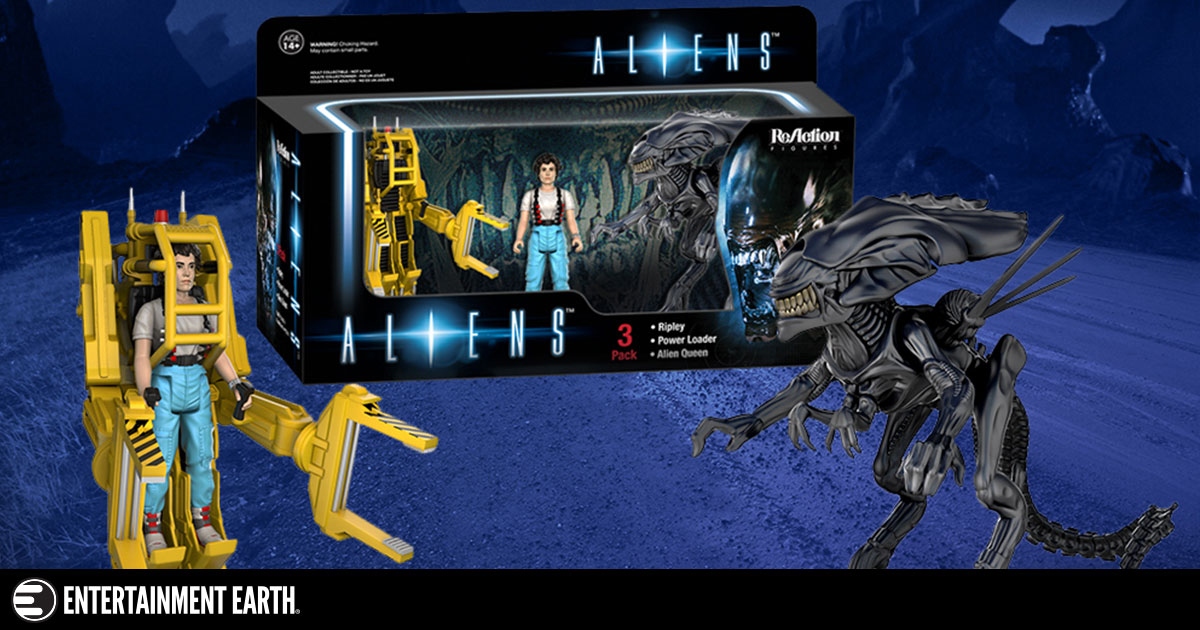 Who says women don’t get powerful roles in movies? Aliens, the acclaimed sequel to Alien, features two powerful female leads: Ripley, the original female badass, and the Alien Queen, a nemesis just as hardcore as Ripley. The entire movie built up to one scene that, while audiences knew it was coming, they never could have anticipated just how well it would be pulled off. The final showdown between these two was action movie gold: tense, frightening, and over the top.

Now you can relive that final scene over and over with this Aliens ReAction 3 3/4-inch Retro Action Figure 3-Pack. It comes packed with the alien queen, Ripley, and, of course, the amazing Power Loader. The Power Loader (which is way cooler in Aliens than in Avatar), blew the audience’s collective mind when it first appeared – a purely plausible reimagination of a forklift. It has become as iconic as an X-Wing Fighter or a time-traveling DeLorean.

This 3-Pack is made in the aesthetic of the classic Kenner Star Wars action figures. The size and flexibility of Ripley is reminiscent of an ’80s Han Solo figure, and the Alien Queen and Power Loader are about to scale as a tauntaun. This makes for a wonderful nostalgic feel without the price of a fading vintage collectible. It also makes for amazing cross-over and mash-up display possibilities.

We celebrate Alien Day on 4/26, as in LV-426, the xenomorph’s home planet. The artwork, legacy, and characters of the Alien franchise are timeless, however, and these figures are a great addition to any collection.