Rainbow Batman Is Back but this Time as Smiling Dorbz Figures

Batman has never looked more adorable – or colorful! – than as these smiling, 3-inch tall vinyl figures from Funko.

The Caped Crusader dons his familiar outfit in blue, purple, orange, pink, yellow, and green! The closed eyes and gleeful smiles are sure to delight any fan.

This lovable little hero comes in a double window-box package to fully display the character from both front and back.

Collect the whole rainbow (sold separately)! They are currently available for pre-order at Entertainment Earth, with an expected arrival of November 2015. 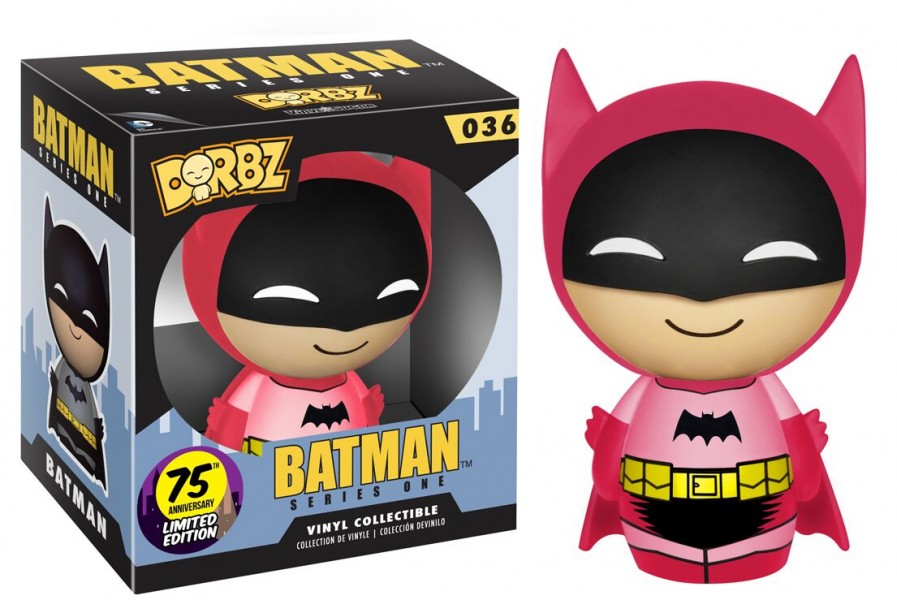