Aquaman Rises from the Ocean as Convention Exclusive Pop! Vinyl

Aquaman has had many names throughout his life – Orin, Arthur Curry, and the King of the Seven Seas, to name a few – as well as appearances, but one thing remains consistent: his regal standing as King of Atlantis.

And this exclusive figure certainly is regal!

Based on the character’s new portrayal by Jason Momoa, Funko’s 4-inch tall vinyl figure gets a patina makeover.

Don’t know what patina is? Think Statue of Liberty. Patina is a thin layer that appears on certain metals and stones, giving both the famed New York statue and this figure their bronze, green, and blue hues.

Available for the first time on July 20, 2016, at the Entertainment Earth booth #2343 at San Diego Comic-Con, fans will have the first opportunity to grab this exclusive!

*NOTE: This item will first be sold during San Diego Comic-Con 2016 at the Entertainment Earth Booth #2343. If supplies remain after the show, pre-orders will be filled and shipped to you then – in August 2016. 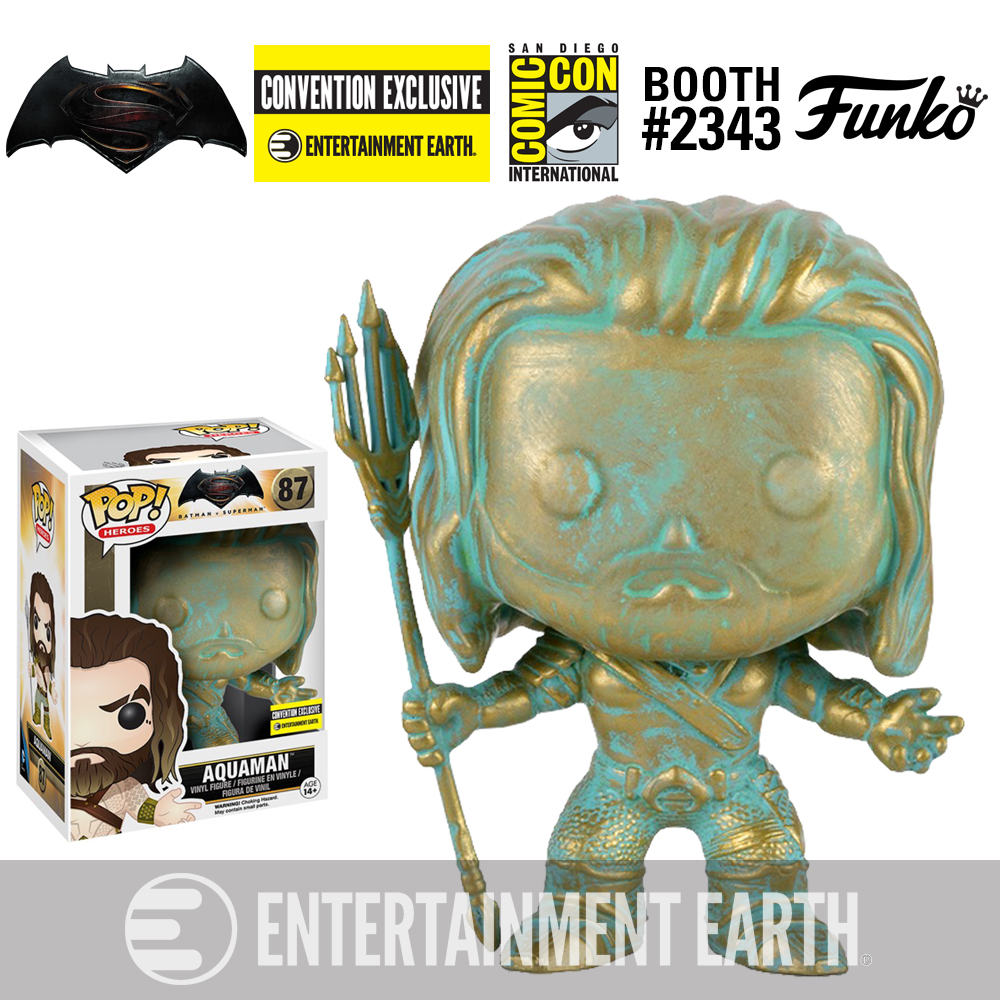