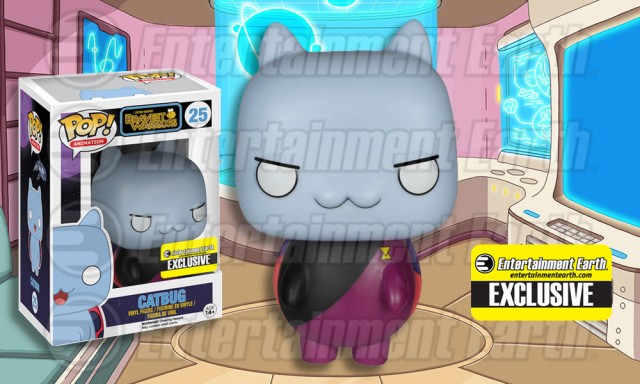 Tyrannical and adorable, Commander Catbug hails from the alternate reality in Bravest Warriors, as depicted in the episode “Hamster Priest.”

Catbug is still shown as a mixture of a blue cat and ladybug, but his cheerful demeanor has been replaced by a harsh one, including his narrowed eyes.

This exclusive paint deco reveals Catbug in his commander uniform, reminiscent of Captain Picard from Star Trek: The Next Generation.

Hurry and order yours before Catbug throws you out of the airlock! He’s currently available at Entertainment Earth, where in-stock orders of $79 or more receive free shipping.