It’s Saturday, March 24, 1984, and these five figures have gathered for Pop! Vinyl detention.

Andrew Clark, in his blue letter jacket (with an S for Shermer High), is the athlete of a group. Based on the likeness of actor Emilio Estevez, he stands with his hands in his pockets and blonde hair swept to the side.

Feeling pressure to get good grades, Brian Ralph Johnson, the brain, stands unsure of himself as a vinyl figure. His blue sneakers, green sweater, and blonde hair are all based on actor Anthony Michael Hall’s appearance in the film.

John Bender is the epitome of cool. Based on the likeness of Judd Nelson, this Pop! Vinyl shows John, the criminal, in his tough costume and black shades.

Molly Ringwald was one of the most popular actresses in the Brat Pack and this is her second Pop! Vinyl. As the princess, Claire Standish is dressed in pinks and reds, with a hand on her hip.

Last of the group is Ally Sheedy’s Allison Reynolds, the basket case. In her black and grey costume, clothes hanging loosely, she looks just like her character in the film!

The Breakfast Club Pop! Vinyls are currently available for pre-order at Entertainment Earth with an expected arrival of August 2015. 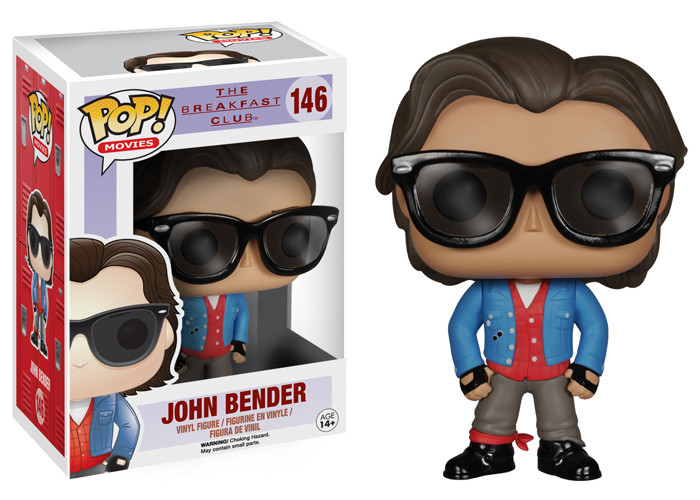