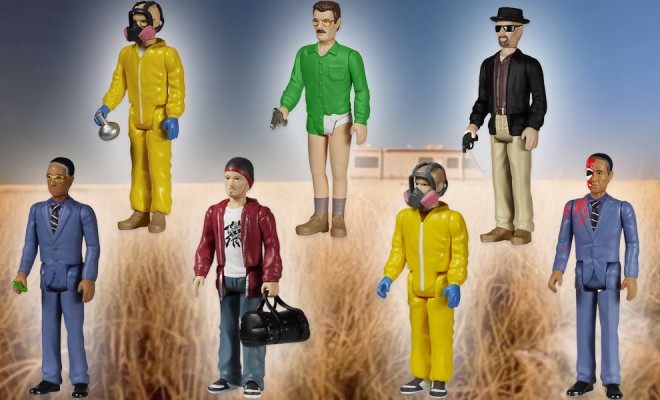 The line-up features all your favorite characters from the hit AMC series as classic ReAction figures. They also stand 3 3/4-inches tall and come in window-display packaging with 1980s style card back design. Each figure has 5 points of articulation.

There are seven figures total and the first two are Walter White himself! Both figures feature the incredible likeness of Bryan Cranston. The regular Walter White figure is modeled after his infamous green shirt and no pants look. The second figure is Walter White the cook, dressed in his yellow hazmat suit with a mask, blue gloves, and holding a beaker.

Yo, b***h, it’s Jesse Pinkman! The first figure modeled after Aaron Paul showcases Jesse in his classic hoodie and beanie look. He also comes with a duffel bag accessory. Like Walter White, the second Jesse Pinkman figure is when he’s “cooking”. He’s also shown in a yellow hazmat suit with a mask and blue gloves.

The last character in the line-up is Gustavo Fring, modeled after Giancarlo Esposito, and also with two differently designed figures. The first shows him in his blue suit with an accessory. His second figure is based on the final episode of Season 4 when he died with only half of his face intact.

Finally, last but certainly not least, Heisenberg! As Walter White’s alter ego, the figure has his iconic hat and sunglasses and comes with a gun accessory.

The Breaking Bad ReAction 3 3/4-Inch Retro Action Figures are available for pre-order at Entertainment Earth, with an estimated arrival date of April. 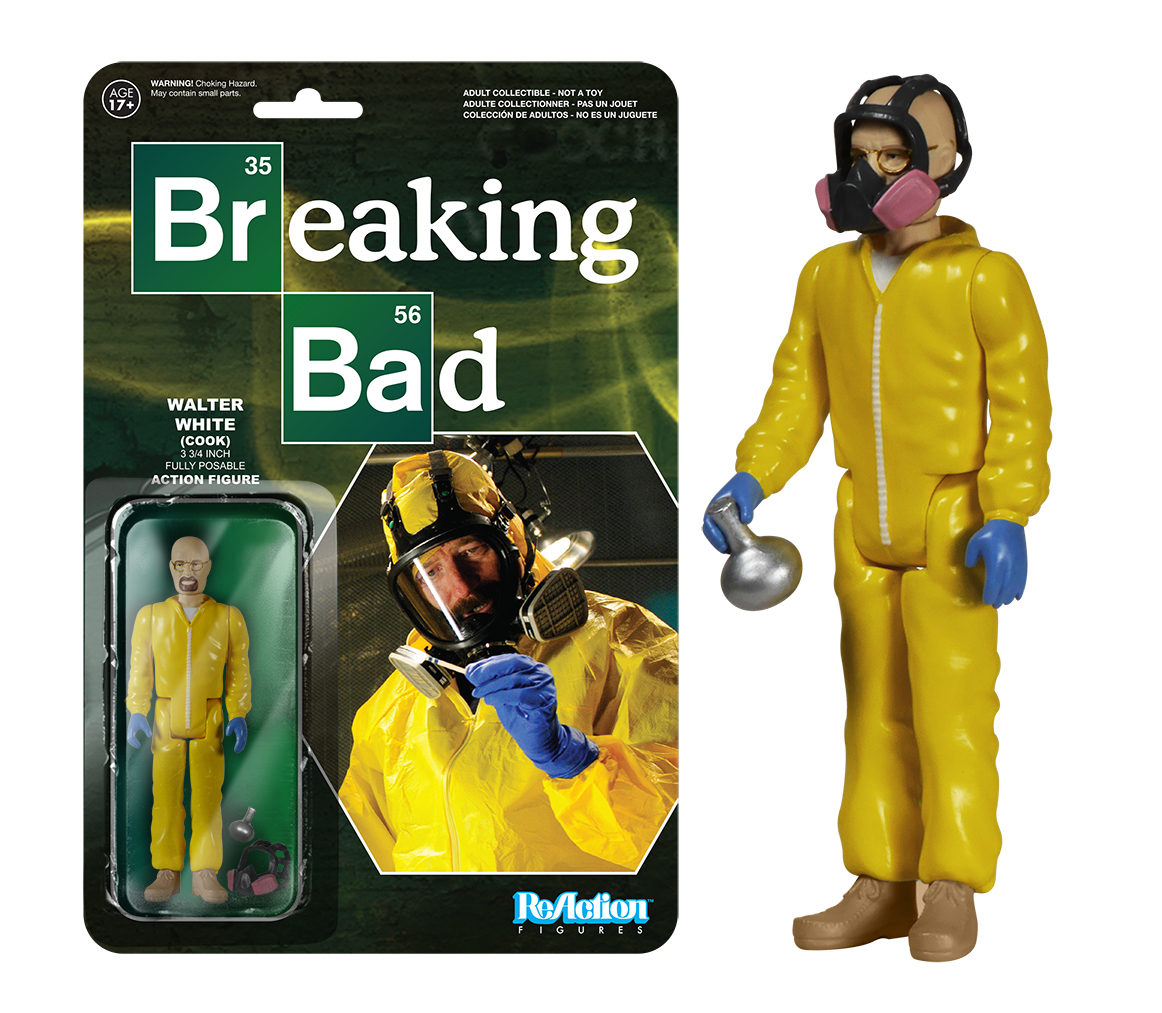 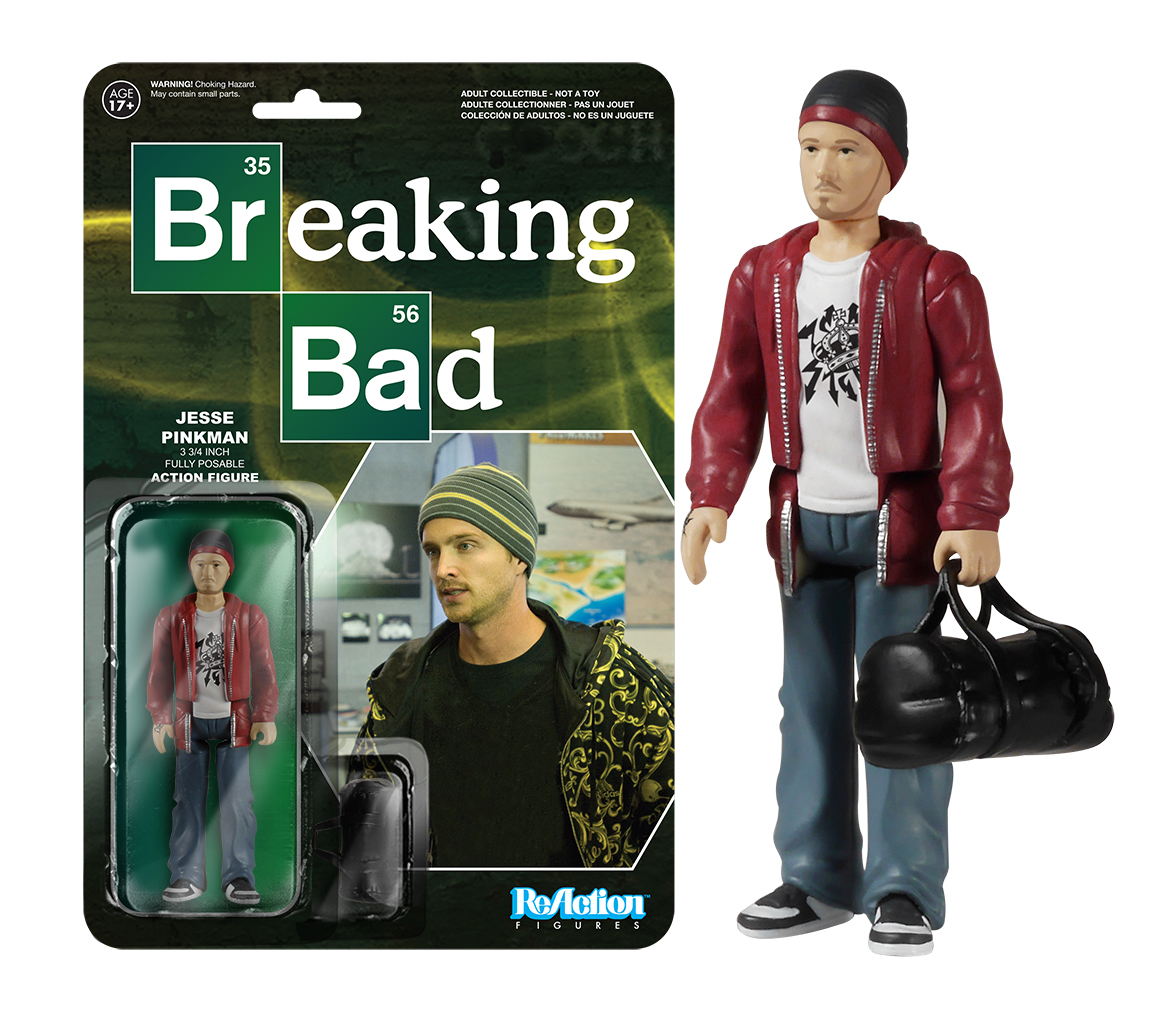