The last time we saw our favorite Marvel heroes on the big screen, a good portion of them were just dust in the wind as Thanos settled into retirement on a distant planet. However, we were given a small tease at the arrival of a new hero, ready to make her MCU debut. Captain Marvel aka Carol Danvers will have her origin story told set in the ’90s when the movie comes out on March 8, 2018. While we only have one trailer so far, we do know the cast and the basic premise. But today a new wave of Funko figures was announced and we can get a better taste of what’s to come for the film! Let’s take a look at these new Pop!s and other Funko collectibles!

Captain Marvel leads the pack with her first two Pop!s from the film one of which also has a Chase figure as well with Carol wearing her helmet with mohawk. Then there is the Vers Pop!, which looks like Danvers in her Starforce Armor without a helmet.

The Skrull villain played by Ben Mendelsohn, Talos is also included in the set. 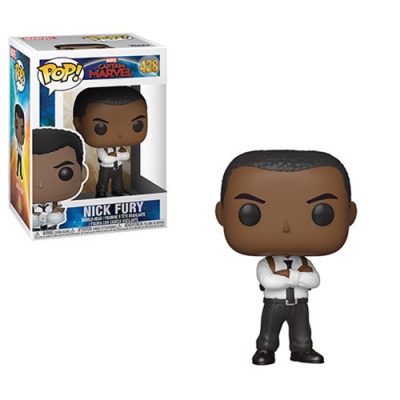 We get a Pop! of Goose the Cat, Carol’s trusty companion. In the comics, her cat was named Chewie, but with Danvers being an ace pilot I think it’s safe to assume that Goose is named after the Top Gun character.

Star Commander, which could be Jude Law’s character who was rumored to be Mar-Vell from the comics.

A new Pop! Vinyl Vehicle will also debut with this line with Carol Danvers on her motorcycle also announced today. 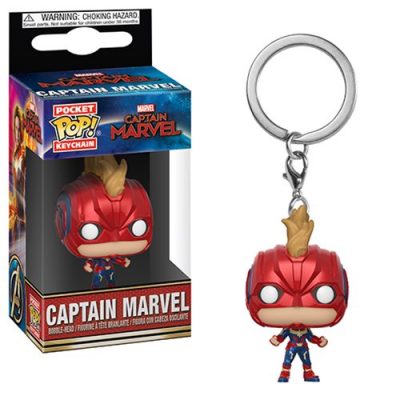 The characters of Captain Marvel will also get the Pocket Pop! Key Chain treatment with both a masked and unmasked version of Carol as well as Goose the Cat getting their own key chains.

If you’re anything like me, you’re chomping at the bit for this Captain Marvel movie and all the great collectibles based around the film. Order yours today before they’re sold out!