Girls rule, boys drool! That’s what Funko’s new line of Vinyl Figures would say if they could talk!

These gorgeous heroines have always been eye candy but now they are rock candy as well! Rock Candy is Funko’s new line of Vinyl Figures that stand 5-inches tall and are packaged similar to the Pop! Vinyl Figures.

Wonder Woman also comes in two styles – the classic version as well as the Batman v Superman: Dawn of Justice version. Her classic look features the Amazonian princess warrior in her everyday costume looking more confident than ever! The second version features Wonder Woman as seen in the highly anticipated film.

Next comes the most powerful teenager on the planet, Supergirl! Showing off her strong side, Supergirl stands with her fists clenched in her red, blue, and yellow costume.

And last, but not least is the unpredictable Harley Quinn. This mallet-weilding lunatic looks rather innocent in her head-to-toe joker outfit. But don’t let her looks fool you, she is anything but innocent.

Add excitement to your DC Comics collection! These figures are currently available for pre-order at Entertainment Earth with an expected arrival of June 2016. 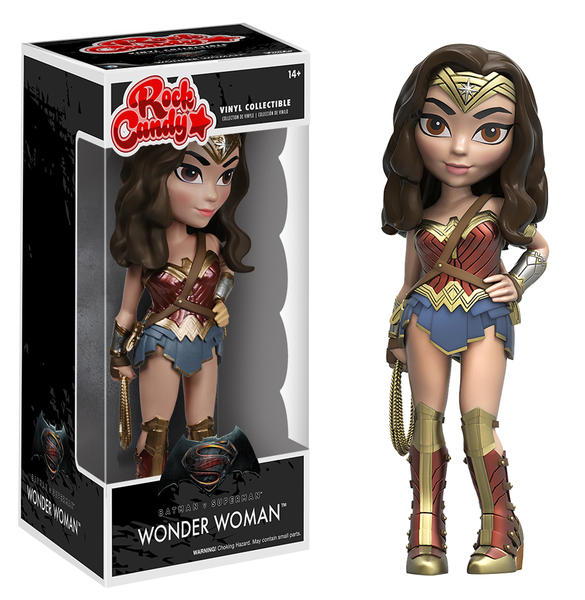