Vworp vworp! Whovians everywhere, are you ready for Doctor Who Pop! Vinyl Figures and Pocket Pop! Keychains? Keeping the fans in mind, Funko rolled out a line of wonderful Doctor Who figures, fit for the Whovian’s very own TARDIS.

First up is The Doctor’s beloved spaceship, the TARDIS, standing tall as a 6-inch Pop! Vinyl. The police box comes as a super-sized vinyl showcasing the vivid blue beloved by many. Her door is open for the Doctor and his companions to go on an adventure!

Since Doctor Who was brought back in 2005, the Doctor’s been through his fair share of regenerations. But did he ever think he would regenerate into a Pop! Vinyl? David Tennant’s 10th Doctor, Matt Smith’s 11th Doctor, and Peter Capaldi’s 12th Doctor have all focused their regeneration energy into these adorable 3 3/4-inch figures!

Would you like a jelly baby? Tom Baker’s performance as the 4th Doctor is classic, a clear favorite among old and young Whovians alike! His Pop! form featurs his multi-colored scarf, signature hat, and even a sonic in hand!

No Doctor is able to travel without running into a foe. Not even these Doctor Who Pop! Vinyls can find peace and quiet. They’re being chased by the Daleks, Weeping Angels, Cybermen, and Adipose – all of which are also available as adorable, stylized Pop! Vinyls measuring 3 3/4-inches tall. The Pop! versions feature the classic gold Dalek, a screaming stone Weeping Angel, the chrome colored crying Cyberman, and the waving fat Adipose.

Carry a miniature version of the Doctor everywhere with the adorable Pocket Pop! Keychains! The 10th, 11th, 12th, and 4th Doctors are available as miniature Pop! Vinyls with a keychain component. Also available is the cutest fat around – the Adipose!

Travel through all of time and relative dimension with these new Pop! Vinyls and Pocket! Pop Keychains, currently available for pre-order at Entertainment Earth and scheduled to arrive in July 2015.

» See all Funko Doctor Who Collectibles 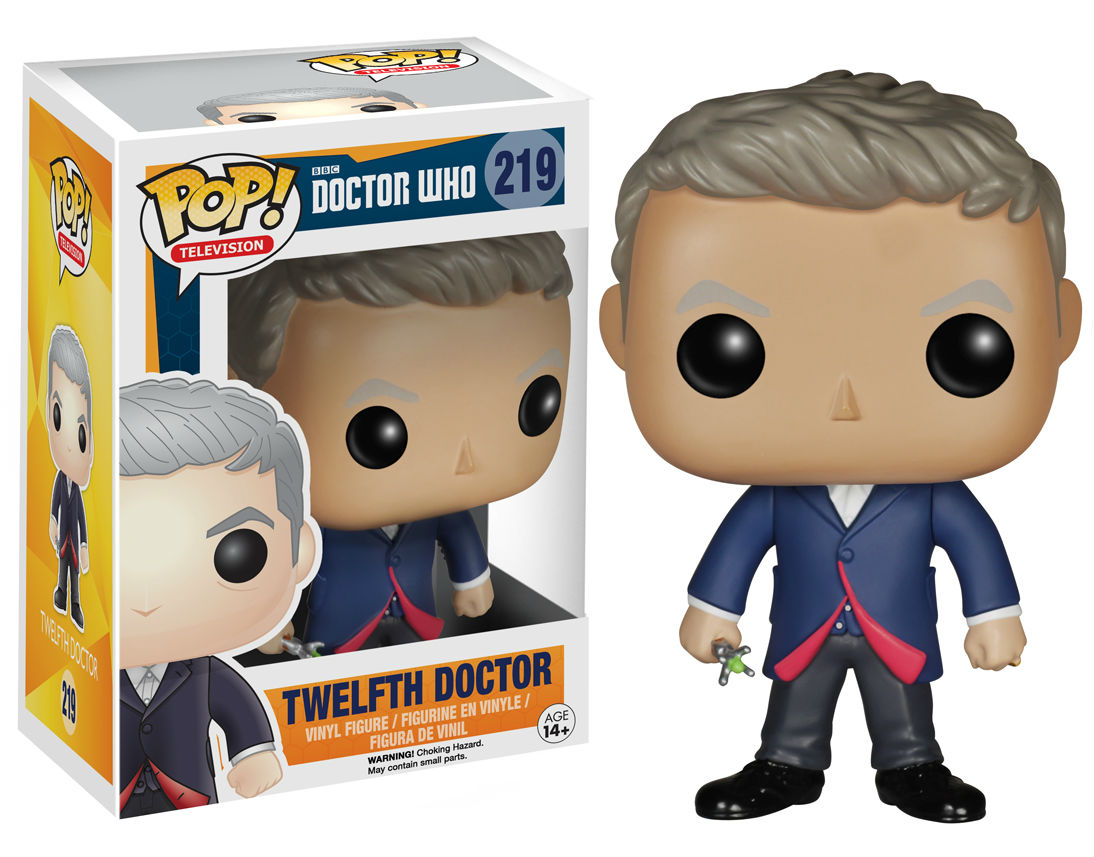