The Elder Scrolls Say the Pop! Vinyls of Tamriel Are Epic

In the vast world of Tamriel, the legends are epic and the Pop! Vinyls monumental. Just take a look at the Elder Scrolls Pop! Vinyl Figures from Funko!

Traveling the region of Skyrim and beyond, these figures measure 3 3/4-inches tall and all at once look both adorable and medieval.

Dovahkiin, the Last Dragonborn, is on a quest to defeat the epic dragon, Alduin, who is prophesied to destroy the world. With a helmet and sword, this Pop! Vinyl is tiny but mighty.

During the journeys through Tamriel, there many people of many different races. The Nords, or Sons of Snow, weather the harsh climate of Skyrim with their heavy armor and axes.

The Bretons are of human descent and hail from High Rock. As a Pop! Vinyl, this Breton look mysterious and deadly, from his hood and mask to his bow.

Next is a lovely High Elf, who inhabits the Summerset Isles. She is graceful and magical, and carries a sword because you never know what you’ll come across in Tamriel.

As if Alduin wasn’t enough for Dovahkiin, this Daedric Warrior is powerful and supernatural, as seen by this intimidating figure.

Speaking of Alduin… he stands an impressive 6-inches tall and his eyes glow red against his grey and black scales. He certainly will be quite a match for Dovahkiin!

Enter this enchanting and dangerous world with these Pop! Vinyls, currently available for pre-order at Entertainment Earth and expected to arrive in August 2015. 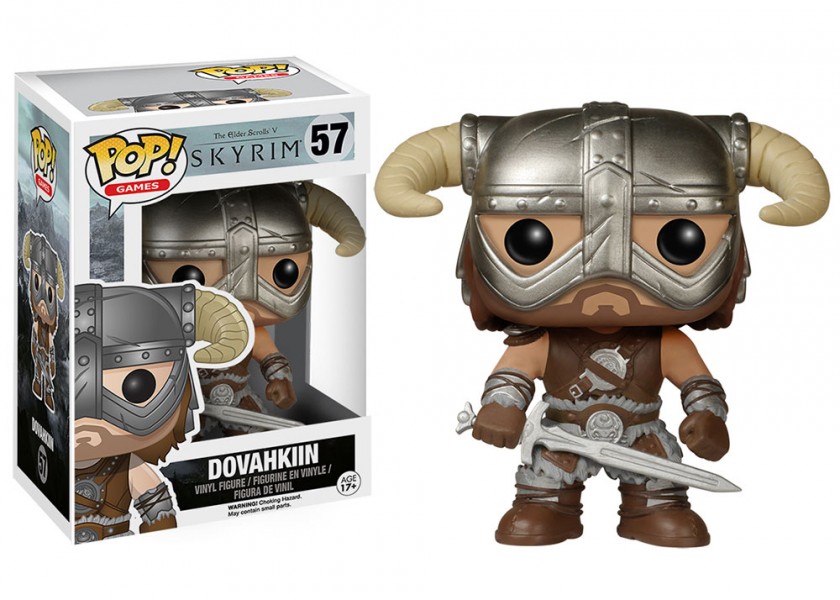