Brave the Wasteland of Fallout 4 with New Pop! Vinyl Figures

In the post-apocalyptic wasteland of Boston, Massachusetts, the Sole Survivor emerges from Vault 111 after the Great War and must learn how to survive.

The first figure shows this Vault Dweller in his blue and yellow uniform carrying a rifle. There’s a lot of danger and unknown after a nuclear apocalypse.

Next up is the ever popular Dogmeat, the loyal canine companion to the Sole Survivor. A German Shepherd with an adorable appearance, this figure shows him with goggles on his head and a red bandanna around his neck.

One must-have if you’re going to brave the Wasteland is the T-60 Power Armor. This all-black vinyl figure is fully equipped with a helmet, extensive armor, and a firearm. Definitely an aid during these bleak times.

The last figure will be a companion… but only if you treat him with respect. John Hancock, a Patriot of the American Revolution, is now a ghoul, as seen by his menacing appearance. He wears a colonial outfit, complete with a tricorne hat and pistol.

Each figure measures 3 3/4-inches tall and comes in a window display box. They’ll go perfectly with your other Fallout Pop! Vinyls and are a great way to celebrate the new game! They’re all available for pre-order at Entertainment Earth and expected to arrive in March 2016. 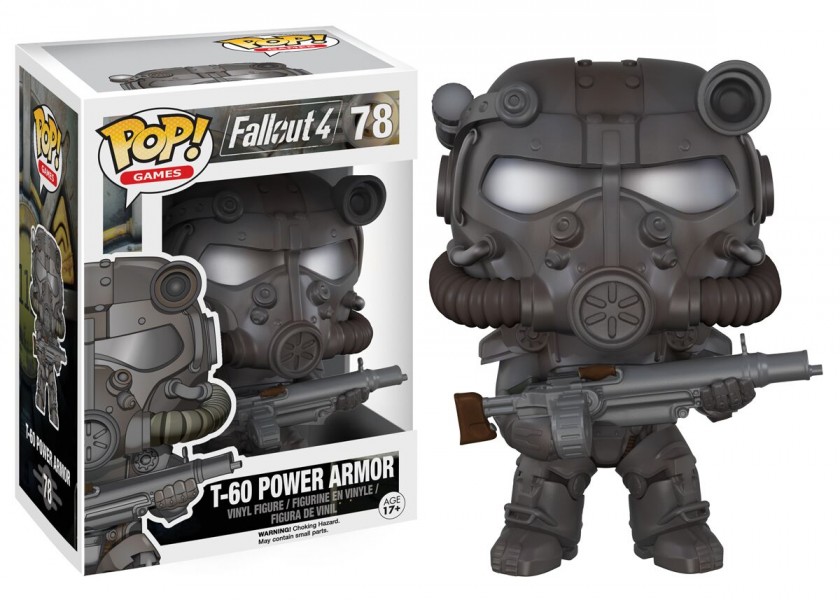