These Pop! Vinyls Are on the Road to Rhode Island

If you’re ready to laugh and cry, check out these Family Guy Pop! Vinyl Figures from Funko!

Laughter is in the air with these 3 3/4-inch figures. Based on Seth MacFarlane’s sitcom, the new Pop! Vinyls showcase some of the most popular characters in Family Guy.

There are two versions of toddler Stewie Griffin available. Whether he’s attemping to murder Lois or traveling the globe with Brian, Stewie is pretty adorable. The first version features his narrowed eyes and handy teddy bear. In the second version, that adorable little misfit is wearing a helmet and wielding a ray gun.

Probably Stewie’s favorite family member also gets the Pop! treatment as Brian becomes a 3 3/4-inch figure. The voice of reason, except when is comes to his feelings for Lois, Brian is quite the family pet. With hands on his hips, this dog won’t let you get away with anything.

And, since dogs and toddlers can’t be left unattended, patriarch Peter Griffin makes a great Pop! with his cleft chin and round glasses. He wears his iconic white button down shirt and green pants.

If all you see is violence in movies and sex on TV, then tune in to these Pop! Vinyl figures, currently available for pre-order at Entertainment Earth. 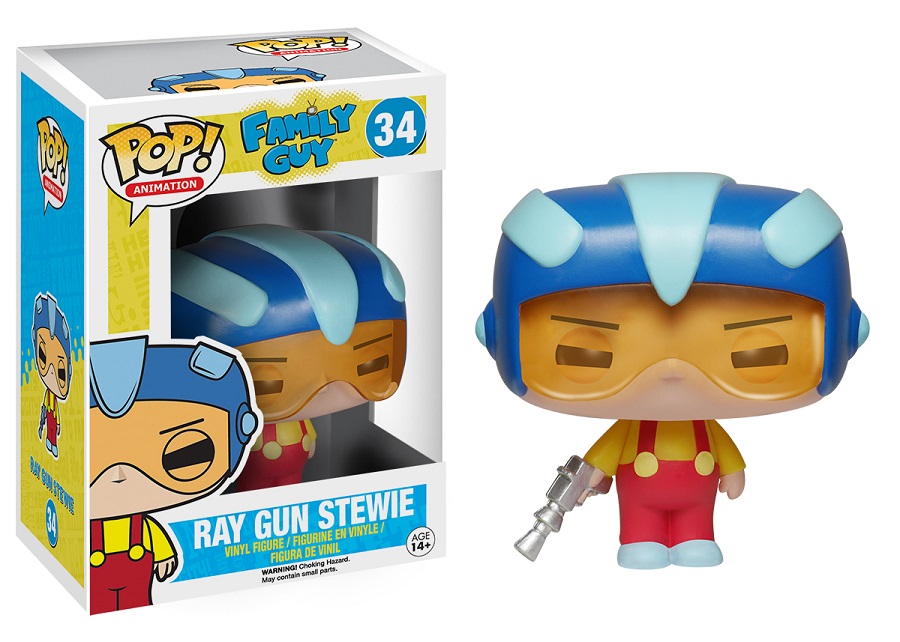 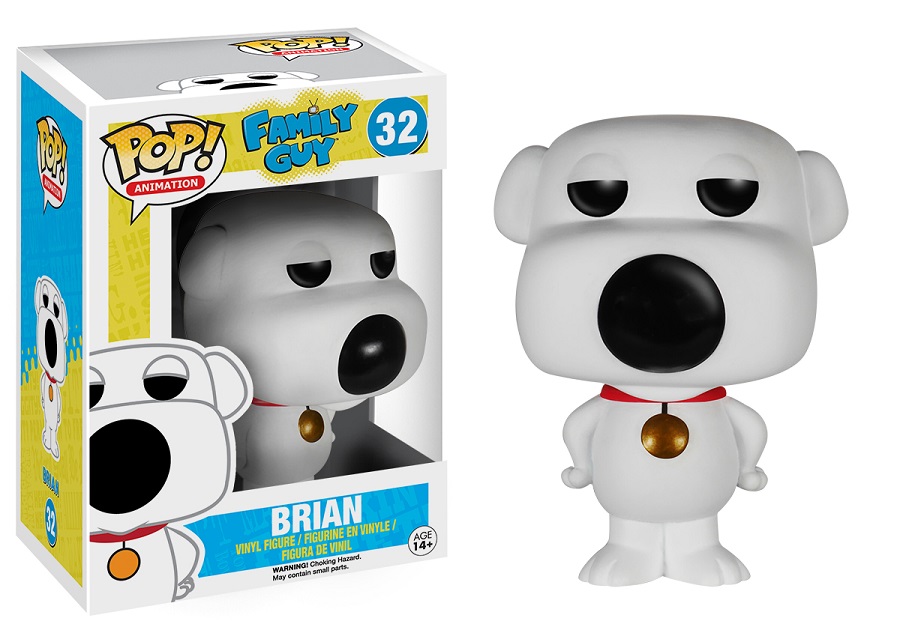