There is no doubt that Funko had a good thing going following its birth in 1998 as a company that focused on bobblehead figures and other nostalgia-themed toys. They were tapping into a need for the simpler toys and characters of the adult generation’s youth at a time when tech was rapidly on the rise. But it was in 2005, when Brian Mariotti became Funko’s CEO, that the company took several giant steps forward. By signing new licensing deals with biggies like Marvel, DC Comics, Disney, Hasbro, Peanuts, Cartoon Network, and many others, the business could increase its lines of unique toys a thousand-fold, turning Funko into a worldwide distributor. 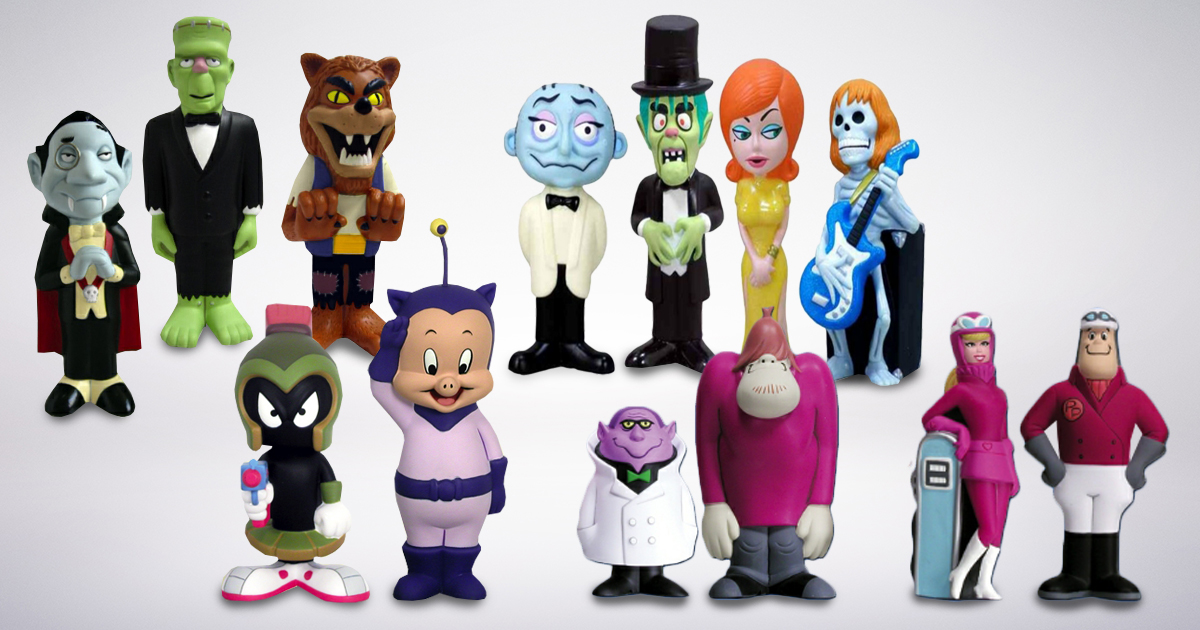 The first new line to come out under Mr. Mariotti’s leadership was Fantastik Plastik. Thanks to licensing agreements with Looney Tunes, Hannah Barbera, and Rankin/Bass, this limited-edition line featured characters from Duck Dodgers, Wacky Racers, and Mad Monster Party. Different from the company’s bobblehead characters with their wobbly heads, these vinyl figures were more traditional and static in nature, but still featured the craft and detail that Funko is known for. Fans could reenact the Wacky Races with the lesser known, but still revered Hannah-Barbera characters Penelope Pitstop, Peter Perfect, Lazy Luke, Blubber Bear, Rufus Ruffcut, Red Max, Lil’ Gruesome, and Big Gruesome. Or they could have their own Mad Monster Party hosted by Werewolf, Frankenstein, and Dracula while the Zombie Bellhop took the guests’ coats. Fantastik Plastik characters came in clear circular packaging that allowed the buyer to see the figures clearly and included information on each individual character. 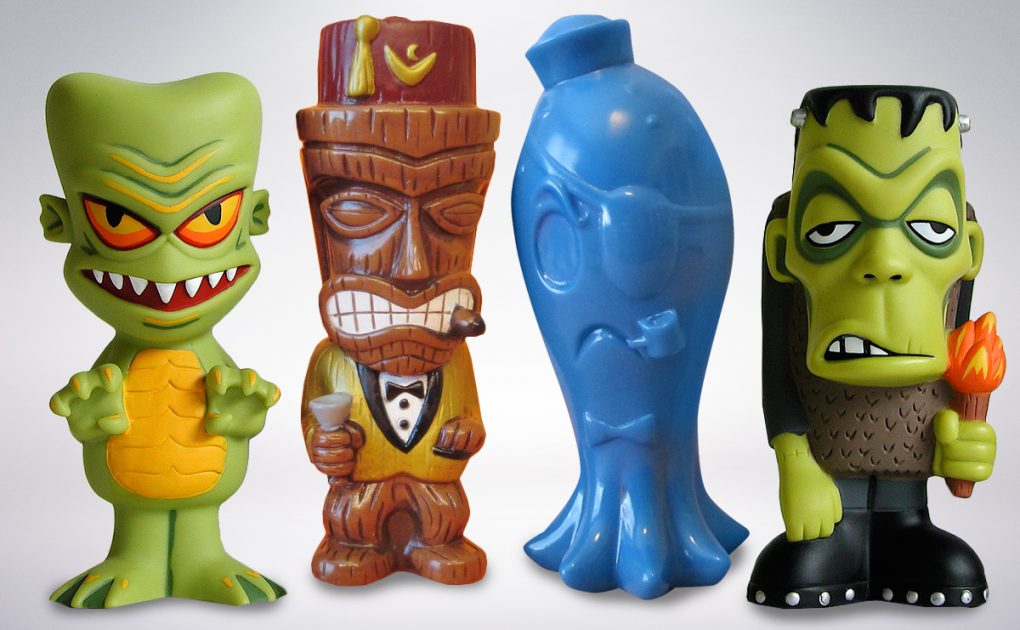 Funko’s next venture was to create its own, original characters for the company’s Spastik Plastik line. Even more limited than Fantastik Plastik – 300 each compared to 1500 – this line featured cleverly designed characters made to look like pigs, clowns, frogs, cows, bears, and even octopuses, not to mention the line’s own weird and funny creatures, many with rather ordinary names like Billy, Chet, Sam, Karl, and Otto. Others, though, had unique names, such as T-Bone, Fuska, Pupo, and El Supremo. And some of them looked downright scary – I’m not sure how I would describe Psycho Santa or Luther, but they sure creep me out. These characters came in the same clear packaging.

Today, it may be harder to find these two limited edition lines by Funko. But for the dedicated collector willing to make the attempt, it is worth the effort.

Which was your favorite line? Let us know in the comments.