Way before Star Wars (and just a little bit after Buck Rogers), Flash Gordon ruled the galaxy in both comic and film formats. Athlete-turned intergalactic hero, Flash Gordon took on an the forces of evil episode after episode. General Klytus and Emperor Ming would stop at nothing to rule the galaxy that Flash was sworn to protect. While the reluctant hero and his adventures served as an inspiration for a farm boy named Luke Skywalker, it wouldn’t be given a modern day movie treatment until 1980 – three years after Star Wars.

While Flash Gordon is famous now for the invention (or at least popularization) of the cliffhanger, the episodic stories invented so much more that modern day storytelling relies on. It is instrumental in the chain of idea “borrowing” that has become a Hollywood standard and will no doubt be seen as a film again in the near future. The 1980 film which these figures are based upon was critically acclaimed, but exists within the shadow of the space opera the original story inspired.

Funko Pop! Vinyls are fun to collect and fun to give as gifts. They come in window boxes worthy of display and are always popular conversation pieces in the home or at the office. Collect these Flash Gordon vinyls by pre-ordering yours from Entertainment Earth! 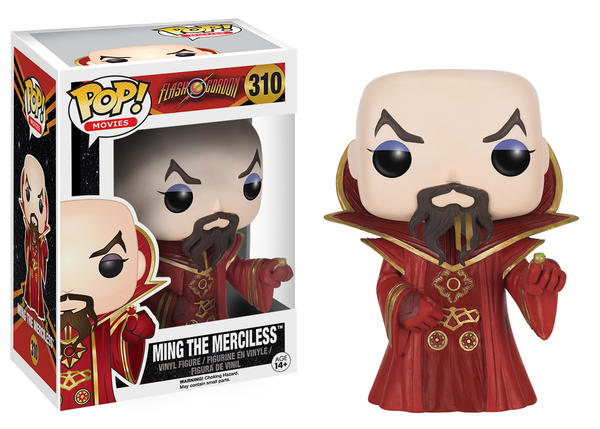