There’s a new paranormal extermination team in New York City! They’re primed and ready to take on any big bads the supernatural world throws their way. Make sure to collect all four members (along with some friends!) with these Ghostbusters 2016 Pop! Vinyl figures.

Jillian Holtzmann is the resident nuclear engineer of the group. Her coifed, blonde hair and yellow googles give her a signature look. She stands with her proton pack wand in hand, ready to suck up any rogue spirits. The paranormal researcher, Abby Yates, looks sharp in her black rimmed glasses and her hair in a practical bun. She holds her EMF detector at the ready, just in case someone decides to communicate from beyond the grave.

Erin Gilbert is a genius physicist who excels in the supernatural. She looks ready to take on the world with one hand placed firmly on her hip. Patty Tolan, a New York subway employee, is positioned in a full superhero stance. That’s what she most likely is to the other members of the team, who will no doubt need her expertise of the city to win the day.

Of course, we can’t forget Kevin! As the receptionist, his job consists of helping the team with their day to day tasks. An overlooked, but much needed role of any office. He looks dashing in his black framed glasses, with his parted blonde hair.

And who would this team have to bust if it weren’t for the ghosts plaguing the city? Two of the resident apparitions make their debut thanks to Funko. Gertrude Eldridge looks positively frightening with her all white eyes and tattered dress. Rowan’s Ghost looks far more friendly and is the gang’s official mascot.

Every figure measures about 3 3/4-inches tall and comes packaged in a window display box. Arriving June 2016, place your pre-orders now with Entertainment Earth! 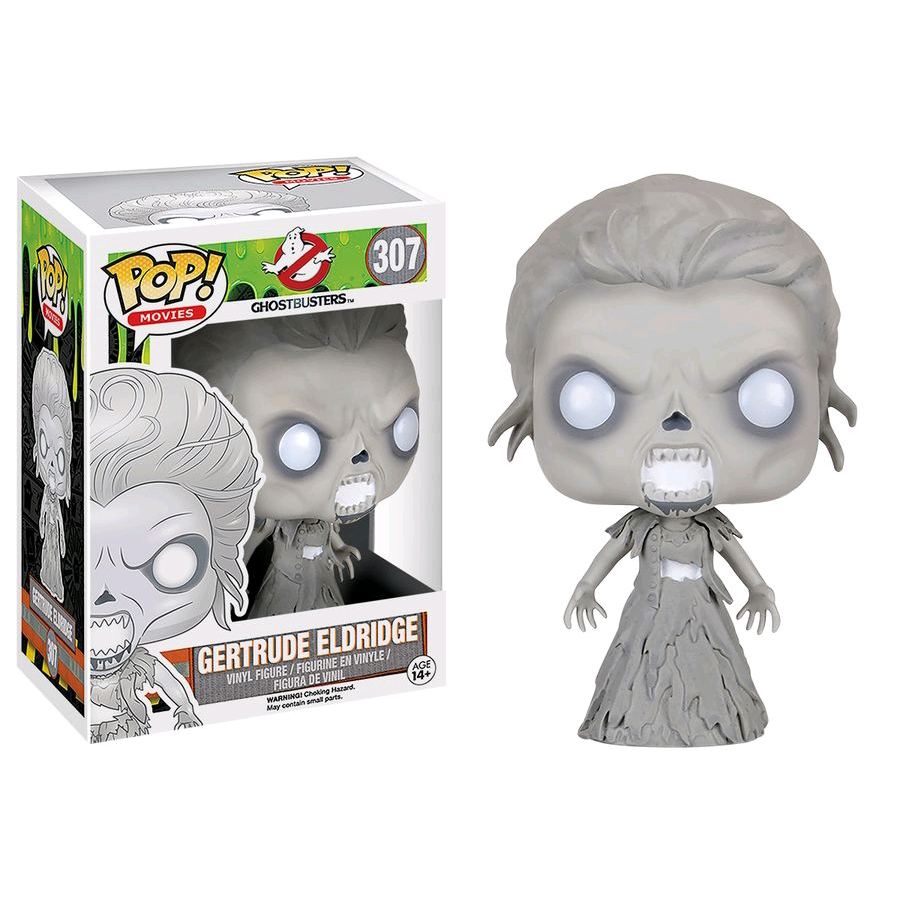