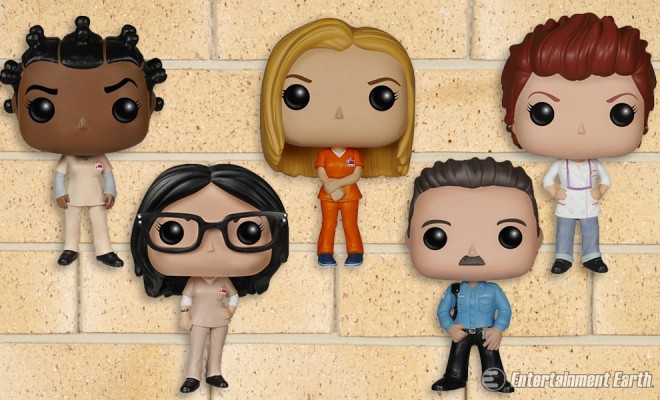 These 3 3/4-inch tall figures feature five of the characters from the hit Netflix series. You’ll certainly be able to add some drama and liveliness to your collection with these.

Piper Chapman, the protagonist of the series, is featured in her orange prison jumpsuit, looking all at once defiant and uneasy as she grabs her right arm with her left hand. Her figure features the likeness of Taylor Schilling.

Hand on her hip and wearing her big black glasses, Alex Vause is ready to face prison and be the toughest girl she knows. She wears her tan prison outfit as this figure.

With red hair like that, the next Pop! Vinyl could only be one character: Galina “Red” Reznikov. Wearing her kitchen outfit, glasses dangling around her neck, Red is ready to serve – and she’ll serve more than just food.

Suzanne Warren is one of the more misunderstood and wonderful people in Litchfield. Based on the likeness of actress Uzo Aduba, Suzanne has one quirked eyebrow and her tan prison outfit on.

The last Pop! Vinyl is not a likable character and causes nothing but trouble for our favorite inmates. George “Pornstache” Mendez wears his security guard outfit and sports that infamous and unfortunate mustache.

The Orange is the New Black Pop! Vinyl Figures are currently available for pre-order at Entertainment Earth with an expected arrival of July 2015. 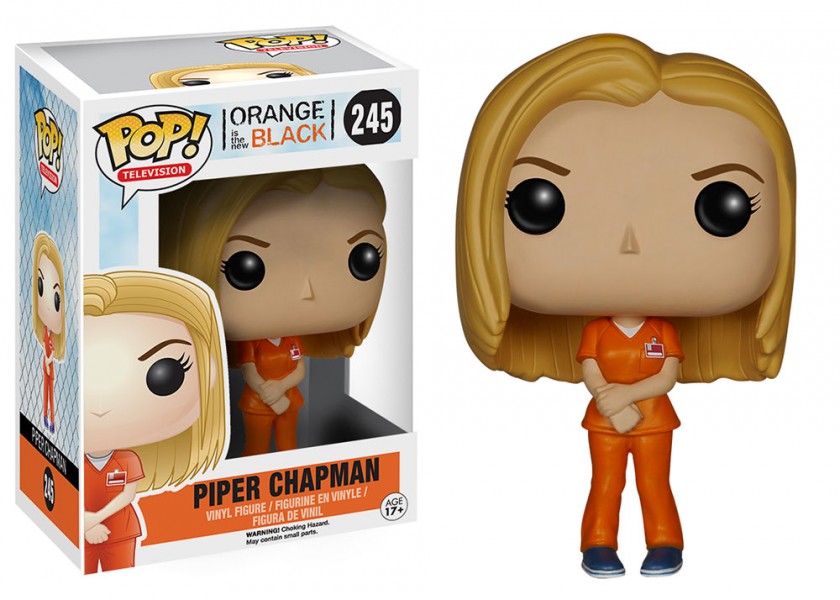 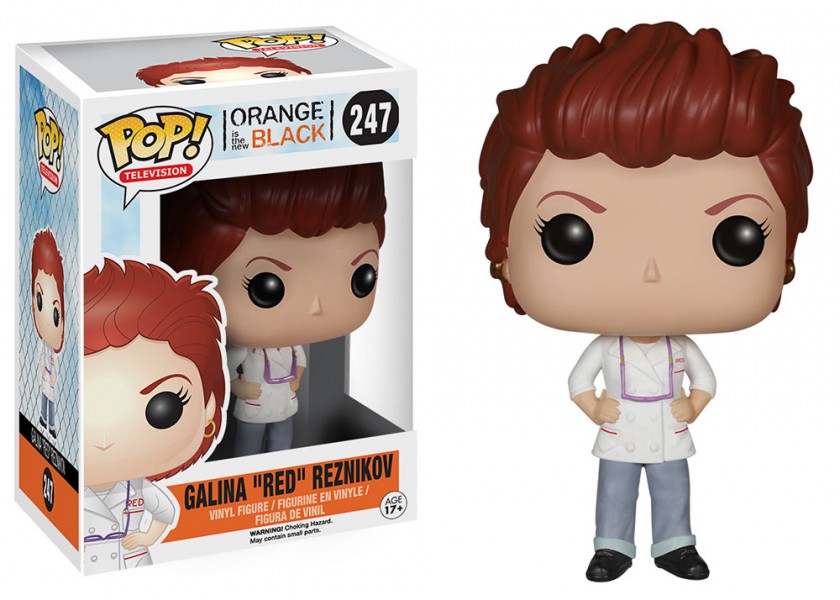