With his surgical career in the gutter, Doctor Stephen Strange is at a crossroads in his life. With his options diminishing quickly, a chance encounter with a wizard changes his life. Actually, it changes much more than his life – it changes his reality. Doctor Strange is the next big thing from Marvel Studios. With its star-studded cast – including Benedict Cumberbatch – and huge budget, you can bet that come November, the strange doctor will be the comic book character that everyone falls in love with.

Doctor Strange is also the next Marvel character to get the Pop! Vinyl treatment. Take a look at the Doctor Strange Movie Pop! Vinyl Figure! This figure looks exactly like Bennenger Cumberbun, if he was dressed as Doctor Strange and had a giant head, twice the size of his body. Yes, the classic Pop! Vinyl aesthetics are in play here, and even Barryman Crumblebatch can’t escape the cool look.

It’s not just Doctor Strange himself that is along for the ride. Who is going to train this washed up surgeon how to bend reality? You’ll need the Doctor Strange Movie Ancient One Pop! Vinyl Figure. With her bald head monastic robe, you’ll recognize her as an ancient sage in no time.

But the Ancient One had other students that didn’t turn out so hot. The Doctor Strange Movie Baron Mordo Pop! Vinyl Figure shows us a student that has turned his powers to evil. Opposing Doctor Strange’s apprenticeship to the ancient one, Baron Mordo is a worthy foe of the strange sorcerer.

Baron Mordo doesn’t work alone. You can pick up his dangerous disciple in the form of the Doctor Strange Movie Kaecilius Pop! Vinyl Figure. Kaecilius isn’t the kind of guy you want to meet in a dark alley. Or a bright meadow, for that matter. His withered, empty eye sockets kind of give him away as a bad guy without even trying.

These Doctor Strange Movie Vinyl Pop! Figures are everything you’ve come to expect from Funko. The caricature-like figures are 3 3/4-inches tall and come in a tasteful window display package. You can pre-order these Doctor Strange Character Pops today from Entertainment Earth! 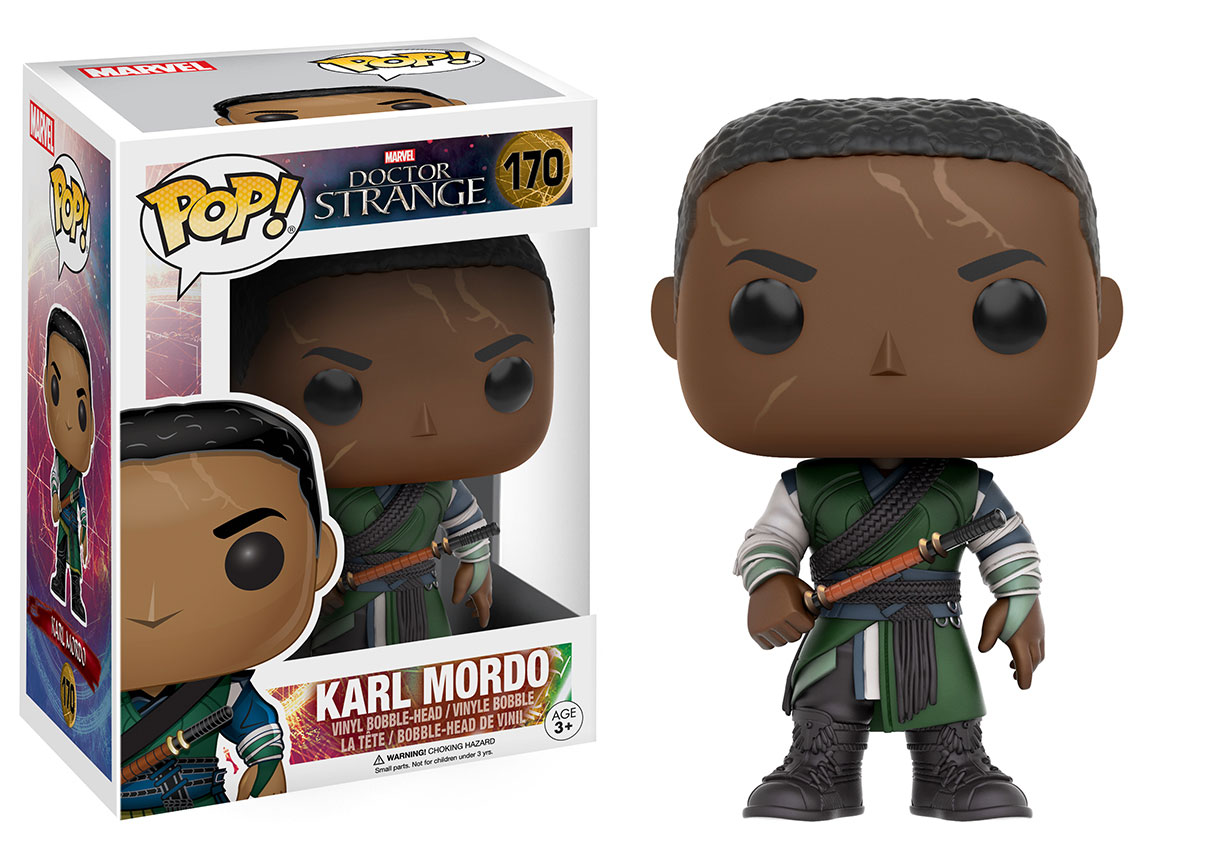