These Preacher Pop! Figures Are on a Mission for God

The Vertigo cult classic has finally come to television, and Pop! is only a step behind. Hard on the heels of the AMC series’ debut is this trio of decidedly adult antiheroes as new Pop! Vinyls.

Jesse Custer is a small-town Southern preacher who suddenly, and unpleasantly, finds himself imbued with supernatural powers capable of great acts both good and evil. In the aftermath of the terrible event, our hero sets off on a mission to find God.

Joining Custer is Cassidy, a hard-drinking, hard-living, and irresponsible Irish vampire. He’s a chancy ally, but then he is a vampire.

And poor Arseface, a young man deformed by a botched suicide attempt, rounds out this very strange trio. They may not be the sort of folks you’d expect in a story rife with angels, demons, and God Himself, but that’s half the bizarre charm of Preacher.

Each Pop! figure is the standard 3 3/4-inches tall and comes in a window display box. Pick your favorite or order all three to complete your collection! (Obviously, these fellows are intended for mature audiences only.) 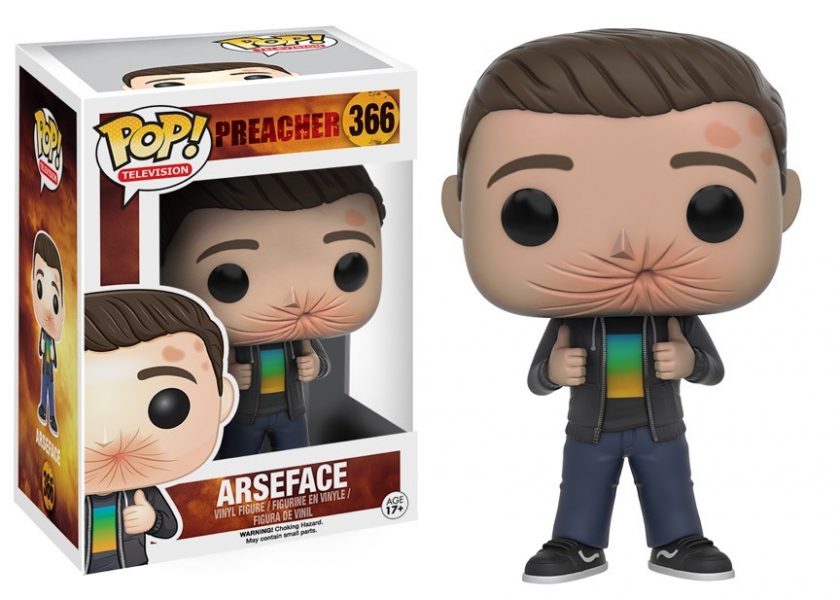