Get Schwifty with These Rick and Morty Pop! Vinyl Figures

Rick looks like his usual drunk self in his brown slacks and white lab coat. His grey hair stands on all ends as he glances at you with a quizzical raised unibrow. His signature drool is present on his face and his trusty flask is at the ready. It’s time to get riggity riggity wrecked, son!

Poor Morty. While he experiences a lot of exciting things on his adventures with Rick, he also ends up in situations he would rather not be in. Such was the case with the Mega Tree seeds. Morty stands with said seeds in his hands as he contemplates sticking them up his…. well, up his butt. “You gotta do it for Grandpa, Morty!” It’s the only way they’ll get through interdimensional customs, after all. We can see by Morty’s expression that he’s not too keen on the idea.

Both figures measure approximately 3 3/4-inches tall and comes packaged in a window display box. Place your pre-orders now and add these to your collection this summer!

» See All Rick and Morty Collectibles 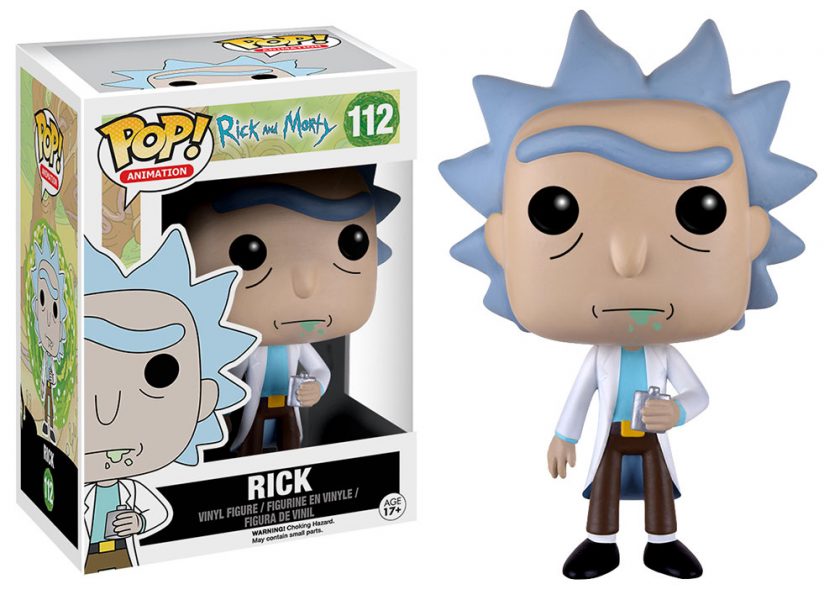