New Pop! Vinyl Figures Are Ready to Do the Time Warp Again

We see you shivering with antici… pation and we’re here to give you what you want: Rocky Horror Picture Show Funko Pop! Vinyl figures!

From the cult classic musical, these 3 3/4-inch tall vinyl figures are a lot more adorable than you probably remember.

Brad and Janet, our protagonists of the story, are mere humans who find themselves thrown into an outlandish night after getting a flat tire. They’re shown in their night clothes, including Brad’s blue robe and Janet’s white undergarments.

With dramatic make-up, a leather outfit, and ripped stockings, Dr. Frank N. Furter Funko Pop! is just a sweet transvestite from Transsexual, Transylvania. The dramatic detail on this Pop! Vinyl will make him stand out.

Riff Raff and Magenta, siblings in the castle, wear their servant outfits, complete with Riff Raff’s gaunt face and blood spatter to Magenta’s feather duster. They’re more than they appear, however.

Last is Columbia, a groupie at the castle, who looks fabulous in her gold top hat and jacket. She holds her hand out in an entertaining gesture.

Don’t dream it, be it, with these great Rocky Horror Funko Pop! Vinyls, currently available for pre-order at Entertainment Earth and expected to arrive in September 2015. 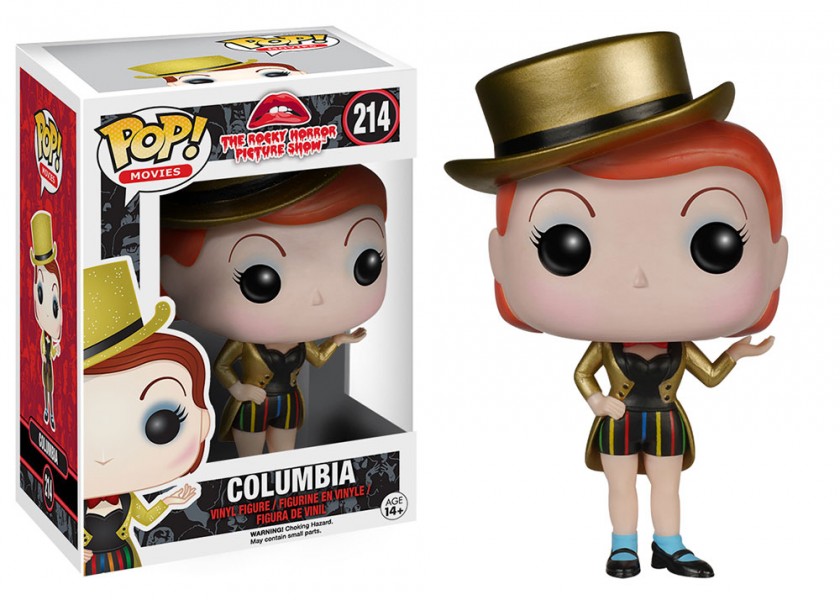