Get Back to High School with New Saved by the Bell Pop! Vinyl Figures 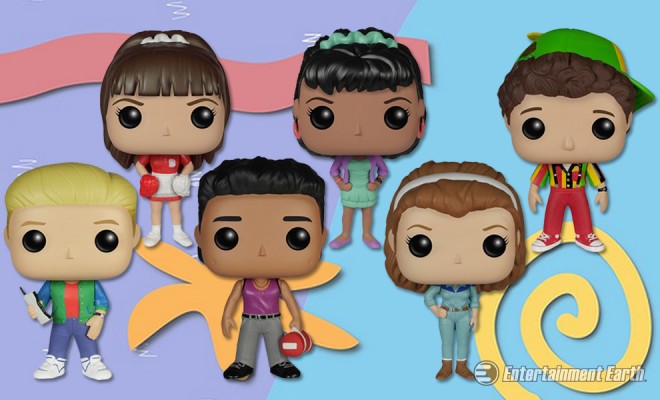 When we wake up in the morning and the alarm gives out a warning of new Saved by the Bell Pop! Vinyl figures from Funko, we get super excited!

Pretty boy Zack Morris, with his dreamy blond hair and mischievous smile, is the leader of our gang. He appears here in his green and blue jacket, phone in hand – perhaps he’s going to give Kelly a call?

Speaking of the All-American girl of Zack’s dream, Kelly Kapowski is the popular girl with a squeaky clean reputation. She wears her red and white cheerleading uniform well, but that’s not all she can do! Can you believe she’s also on the volleyball and swim teams?

Heartthrob A.C. Slater is up next. The army brat who transferred to Bayside in the first episode won over our hearts – and Jessie’s – in due time. In a purple tank top, grey slacks, and carrying a gym bag, Slater is just as we remember him.

Jessie Spano is the crusading know-it-all. Smart and strong-willed, she might clash with Slater but as he realizes, she’s actually pretty great. She’s here in her teal outfit and that hand on her hip shows she won’t put up with any nonsense.

One of Zack’s childhood friends is Lisa Turtle. She’s the fashion guru and gossip of the group, as you can see by her trendy Pop! Vinyl.

Last is, of course, Samuel “Screech” Powers. He clashes with Jessie and Lisa, but he’s undoubtedly part of the group and a memorable part of that show. Just check out that outfit!

So if you’re ready to head back to high school, then check out these retro Pop! Vinyls, currently available at Entertainment Earth. They’re expected to arrive in December 2015.

» See All Saved by the Bell Pop! Vinyl Figures 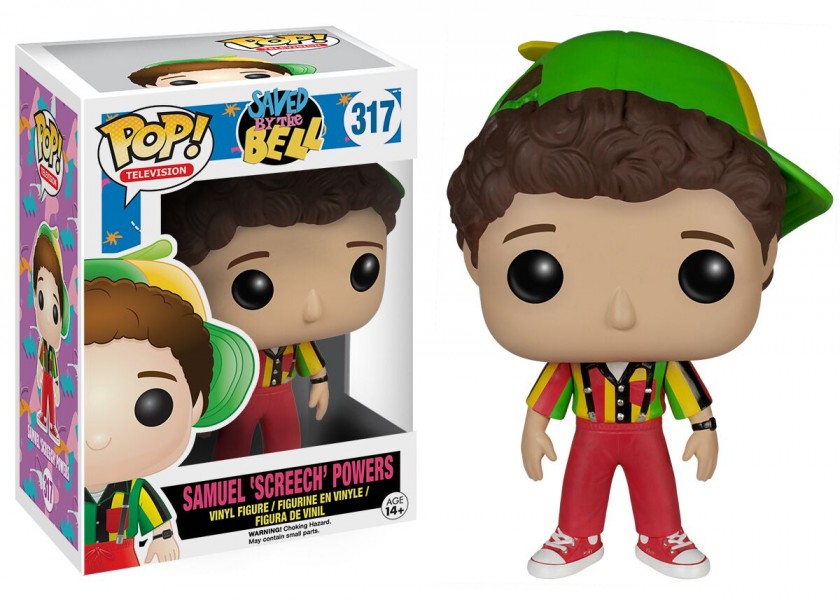