This time, actors Simon Pegg and Nick Frost rise from their couch as heroes to take on the undead.

Shaun is a man on a mission – to sort his life out. Of course, that becomes exceptionally difficult when a zombie apocalypse breaks out. Escaping with his best friend, mother, ex-girlfriend, and friends to his favorite pub, the Winchester, Shaun must now figure out how to survive.

Based on the likeness of Simon Pegg, this stylized vinyl figure measures 8-inches tall and shows Shaun with a dart in his head as he wields a bloody cricket bat. In a zombie apocalypse, you take the weapons you can find.

Ed, Shaun’s best friend, is looking rather more green. From the end of the film after Ed has been bitten, he’s now a zombie pet of Shaun’s. This vinyl figure measures 8-inches tall and shows Ed covered in blood spatter holding one of his precious vinyl records.

These great vinyl figures are a must-have for any Edgar Wright fans and are currently available for pre-order at Entertainment Earth with an expected arrival of October 2015. 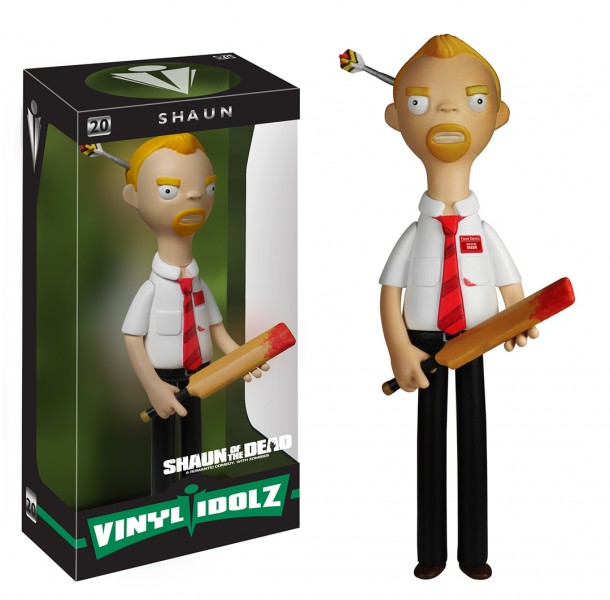