Travel Space and Beyond with These Star Trek Pop! Vinyl Figures

After some time away our favorite galactic explorers are back! They’ve been busy seeking out new life and new civilizations, boldly going where no man has gone before. Let them tell you all about their adventures with these Star Trek Beyond Pop! Vinyl Figures.

The dashing Captain Kirk is ready to woo some ladies and take on the big bad. He has his phaser at the ready and he looks like a true leader with his coifed hair and golden command shirt. Of course, where would Kirk be without Spock? The famed Vulcan sports his signature bowled haircut and distinctive eyebrows. He’s also decked out in his science blue top.

Even though poor Scotty can’t catch a break, they really captured his essence with this vinyl figure. He looks positively regal is his engineering red uniform and showing off his tousled crimson hair. Ever the pessimist, Bones can’t help but expect the worse. Luckily, something went right with this collectible. He looks wonderful with his slicked back hair and blue medical top.

Lieutenant Sulu is ready to back up his captain no matter the cost. He’s ever at the ready with his phaser in hand and golden helm uniform. In her red operations dress and black boots, Lieutenant Uhura means business. Excitable Chekov is ready to help however he can. He looks stylish in his golden helm top and prominent wavy curls.

A mysterious new ally, Jaylah, is striking with her pale skin and black tattoos. Her outfit is practical and she looks like she knows how to handle herself in a fight. Krall may be taking on the USS Enterprise, but I’m not sure if he knows what he’s gotten himself into. The grey faced alien looks stoic as he stands with clenched fists.

Each figure measures approximately 3 3/4-inches tall and come packaged in a window display box. These collector’s items beam onto the scene in August 2016, so place your pre-orders now! 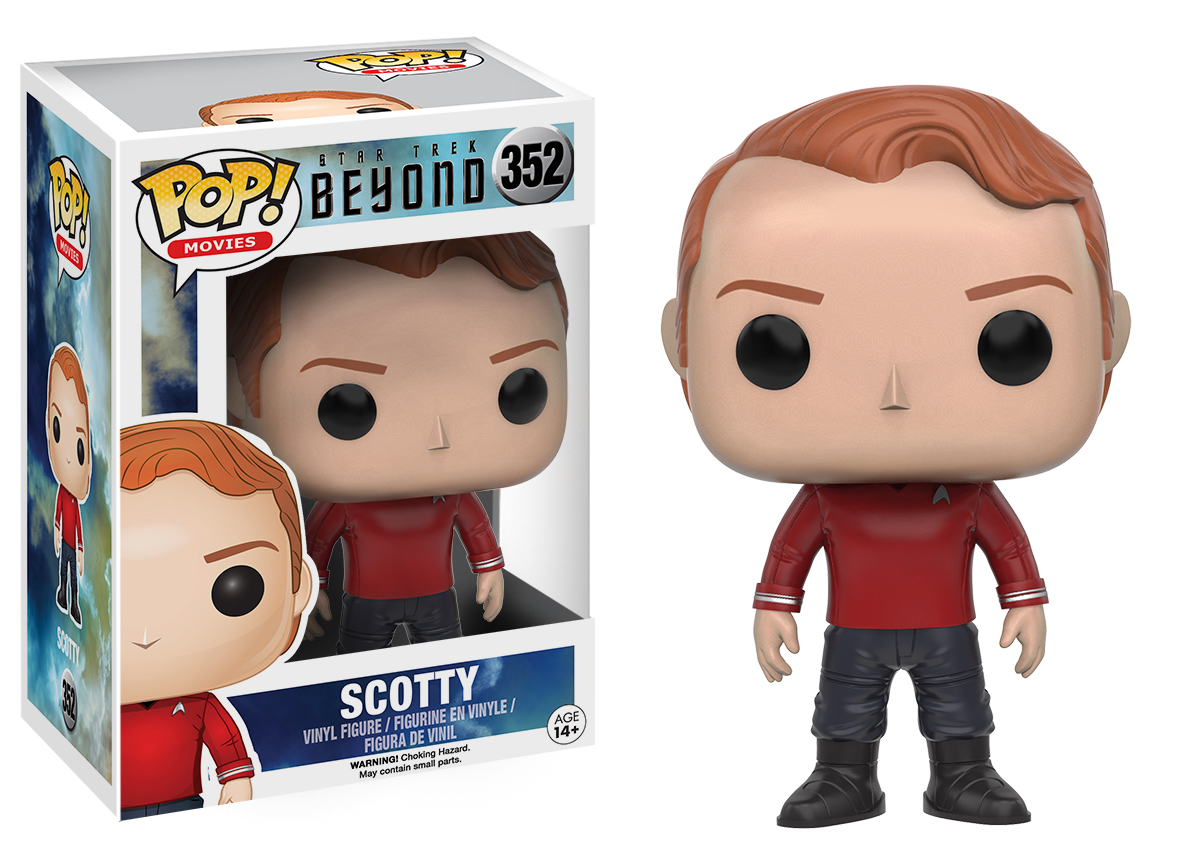 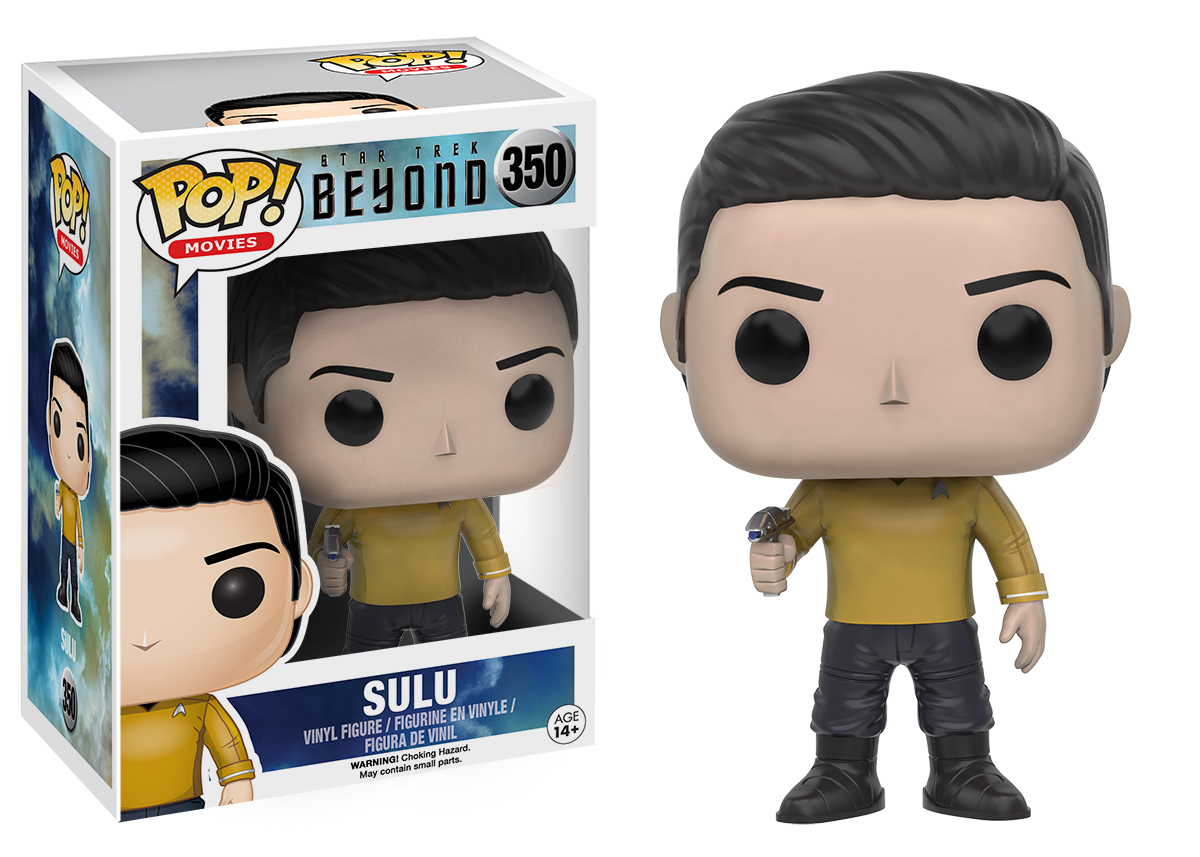 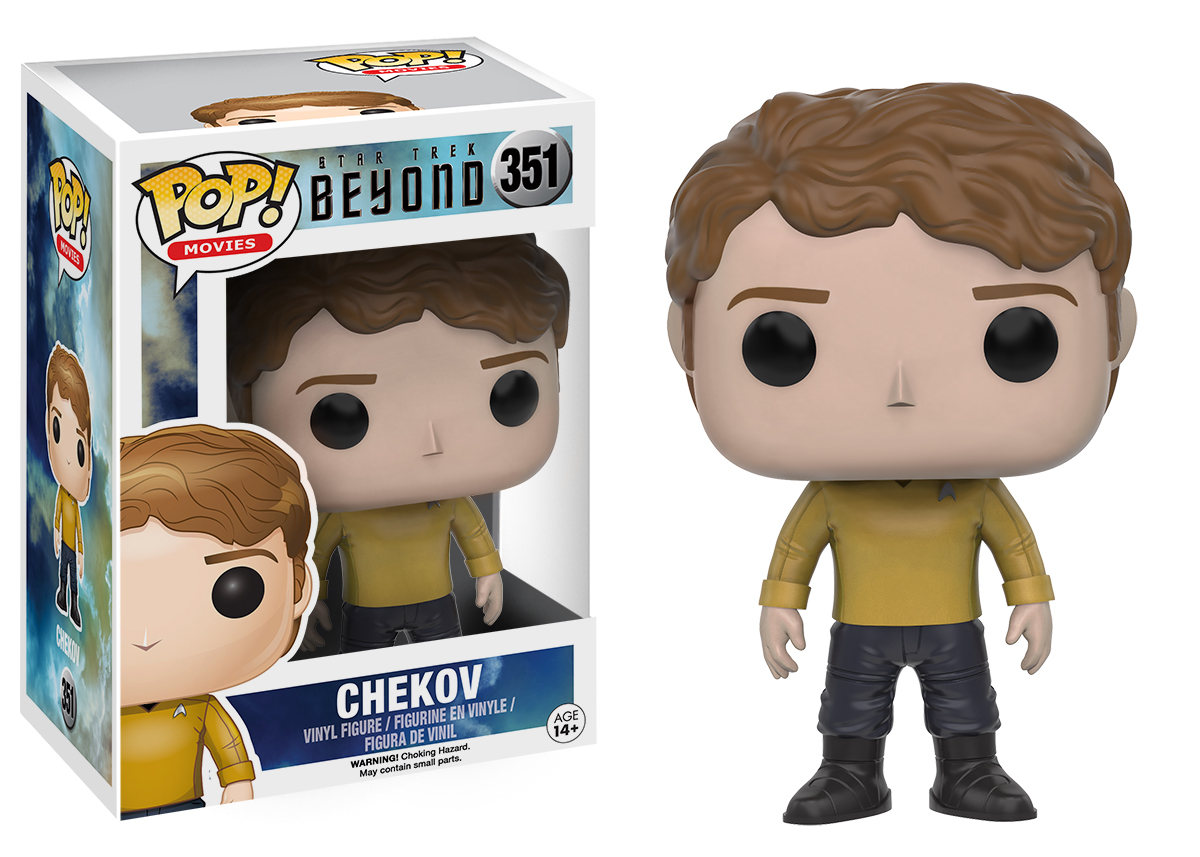