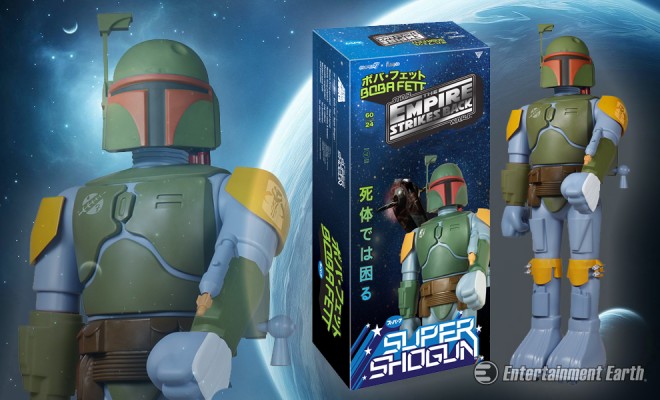 Travel back to the 1970s, the days of toys with launchers, with Funko’s new Star Wars Boba Fett Empire Strikes Back Version 24-Inch Shogun Vinyl Figure!

Just like the traditional toys from Mattel, this new figure from Funko has your favorite bounty hunter from a galaxy far, far away with several awesome features.

He’s ready to track down Han Solo but you’ll have to help him get there! Luckily, the rollers in his feet will aid you with that.

With articulation in his head and arms, the figure is not only a faithful recreation of the character himself (down to the helmet and color scheme) but of the original Shogun Warriors toys from the late 1970s too.

Collectors should be delighted by this great Madalorian. It’s currently available with free shipping at Entertainment Earth.