Bring This Top Bossk Hikari Into Your Collection

“You can’t pay enough for a bounty hunter of my expertise.”

Limited to only 1,000 pieces worldwide, this epic Bossk Hikari brings the Trandoshan bounty hunter to the Hikari line. His gold skin shines with the metallic treatment, scales set a-glow for your collection. Take note of the detail in his scales and teeth, and especially of his large beady eyes.

In the Star Wars saga, Bossk is a bounty hunter tracking down the Millennium Falcon. Despite being a Wookie hunter, he unknowingly aids the freeing of Wookie slaves. But don’t tell him that! 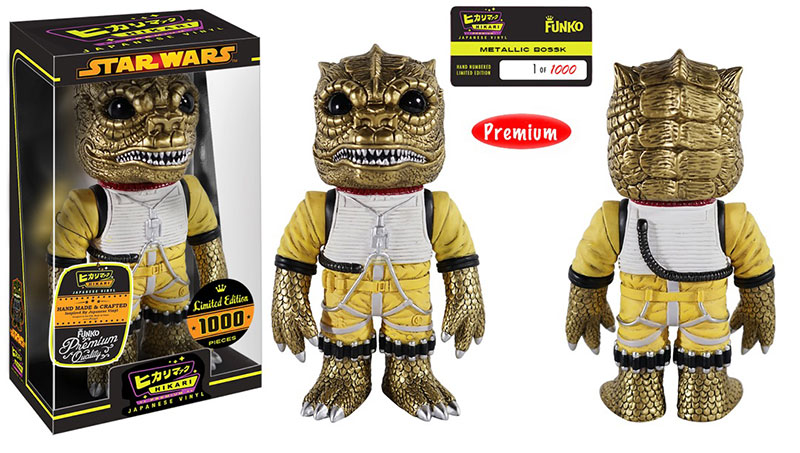