While Clone Troopers are raised to serve the Republic and Supreme Chancellor, some may find a way to disobey and join your collection!

First appearing in Star Wars: Episode II – Attack of the Clones, this 3 3/4-inch tall bobble head looks just like a Clone Trooper for the ages. In his white uniform and helmet, the Clone Trooper aims a blaster, ready to fight.

He stands atop a round black base with the Star Wars logo. Just make sure you don’t mistake him for a Stormtrooper – they really don’t like that. This guy probably has better aim too.

The Pop! Vinyl comes packaged in a window-display box with the new black design for the vault release series. It’s currently available for pre-order at Entertainment Earth with an expected arrival of May 2015. 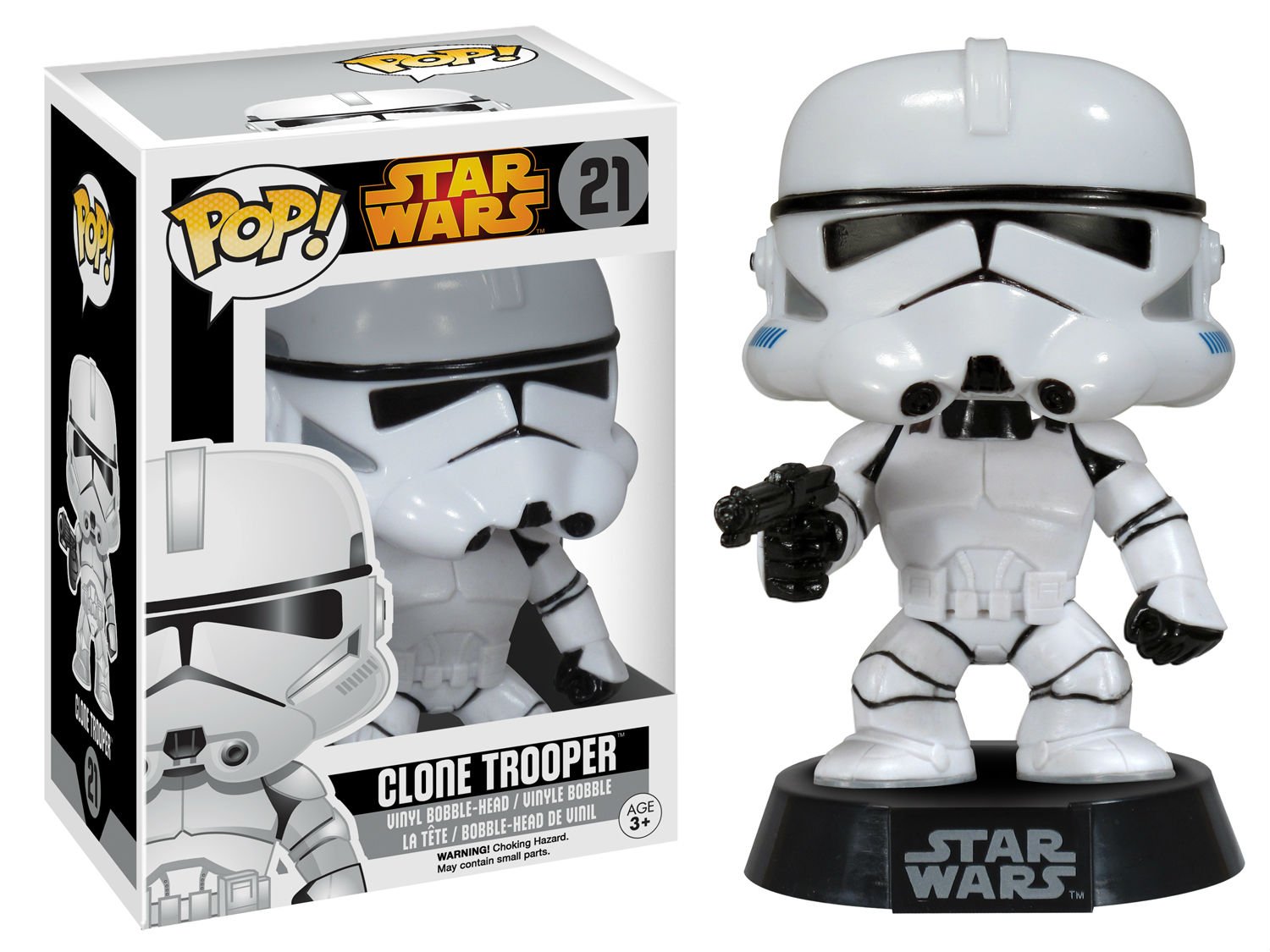