This figure does the Grand Army of the Republic justice, serving Clone Commander Cody and Jedi General Obi-Wan Kenobi honorably during the Clone Wars and the Republic attack on the planet Utapau in 19 BBY (Before the Battle of Yavin).

With their distinctive orange markings, these clone troopers are skilled in besieging enemy fortifications and getting the job done.

Measuring approximately 7-inches tall, you will immediately recognize the battle-worn trooper by his uniform and helmet. The scuff marks on his gear show that he has been in the thick of battle, not backing down.

The clone trooper figure is limited to 600 pieces so be sure you get yours today! He’s exclusively available at Entertainment Earth, with an expected arrival of August 2015. 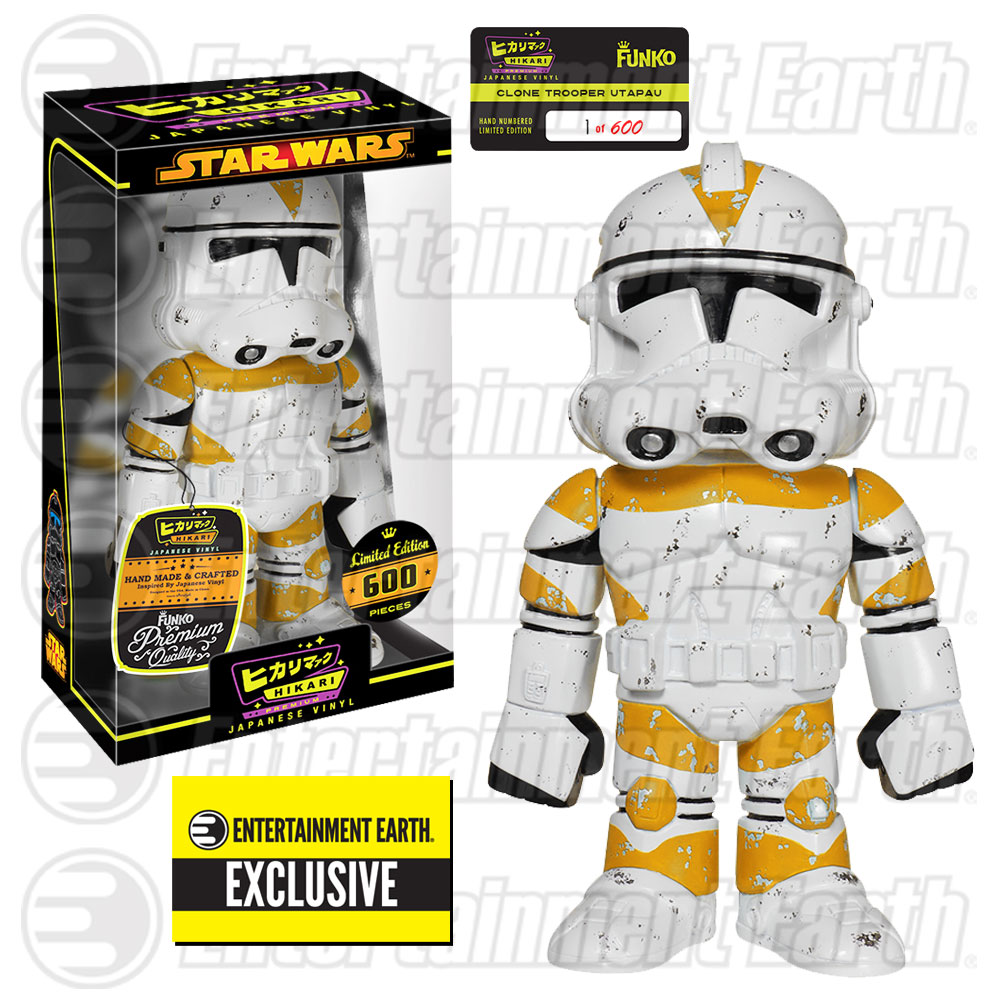