“There has been an awakening… have you felt it?”

From the heroic new trio to formidable foes and everyone’s new favorite droid, these 3 3/4-inch bobble heads will be a must for any Star Wars fan’s collection. Featuring the trademark adorable big black eyes and rounded square heads of Pop! Vinyls everywhere, it’ll be hard not to get excited over these guys.

They’re currently available for order at Entertainment Earth and expected to arrive in September 2015. But now let’s get to the good stuff!

First up: the new trio. I’ve already got my favorite (lookin’ at you, Poe) – which one are you most excited about?

With his blaster at the ready, Finn is prepared for anything. We first saw him in a Stormtrooper uniform but here he’s sporting his beige jacket. Has he defected from the First Order? There’s no lightsaber in sight, so this must be before he takes on Kylo Ren.

Seen in the deserts of Jakku, no one knows her story, but she comes into contact with Finn, and it looks like they team up together. She’s a scavenger toughened by a lifetime of cutthroat characters and can take care of herself – as seen by her weapon in hand.

Sporting his X-Wing uniform, this Resistance pilot is all excitement and ferocity. How he rounds out the trio, we don’t know, but he already seems awesome. Check out the red Rebel Alliance symbol on his helmet as well as the cut on his cheek (which we’ve seen in clips – but how did he get it?).

Sidekicks are important too, of course!

This spherical droid is adorable and personable. Watch out, R2-D2, you’ve got a run for your money for cutest droid in the galaxy.

It’s always great to see familiar faces! But there is one thing unfamiliar about our favorite protocol droid – check out his red arm! Red seems to be a color for the Resistance so could that have something to do with it?

You can’t hear me right now, but imagine I’m making an excited Wookie cry. Crossbow in hand, Chewbacca’s got a growl on his face that shows he’s not up for any funny business today from the First Order. He’s been there, done that.

But where would our heroes be without some villains? 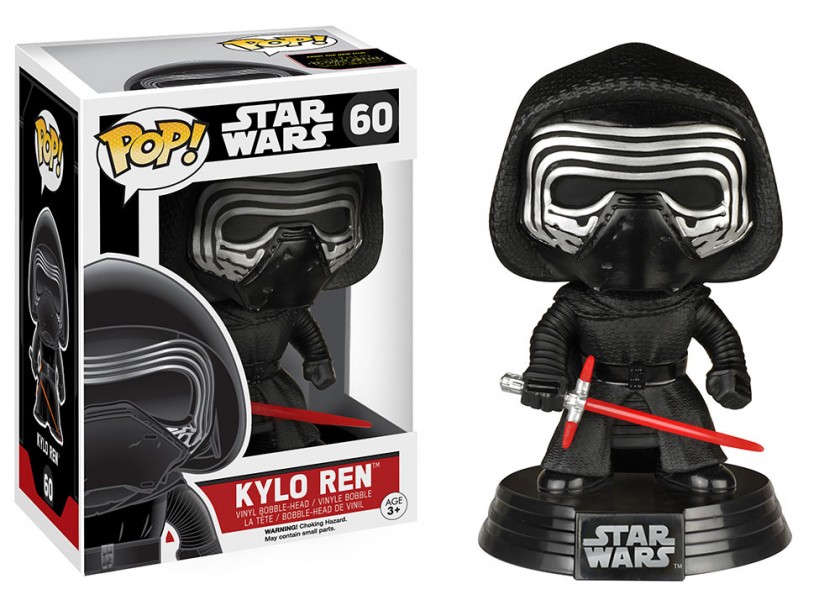 Drenched in black, Kylo Ren holds his ragged cross-guard lightsaber and stands tall, intimidating, and fierce. He has his mask on so you’ll never know who he truly is, and that’s probably how he prefers it.

Just look at that chrome color and that cape and that epic helmet. I’m swooning. Captain Phasma is not someone you want to mess with. One of the First Order’s most important people? Probably.

The First Order makes sure their army is ready for any environment so bring in the Snowtrooper. With advanced insulated armor and helmets that reduce the glare of icy terrain, this trooper is definitely prepared.

This specialized trooper of the First Order is something of a pyromaniac. Equipped with incendiary weapons that can transform any battlefield into an infernal blaze, you have to be a brave soul to take these guys on.