New Pop! Vinyls Are Zooming Onto the Scene from Central City 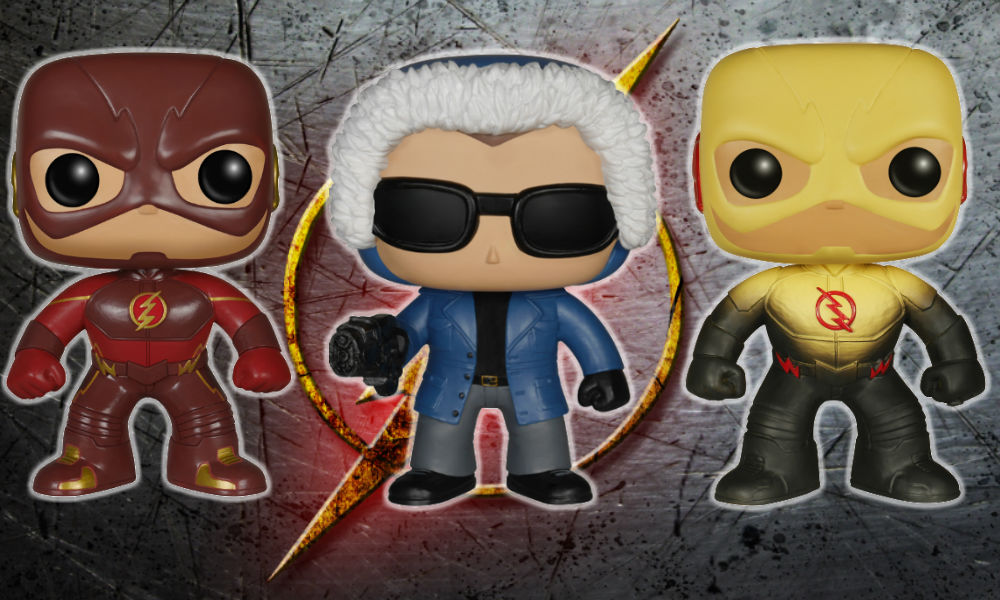 Did you see that? Look, there they go again! The new Funko Flash TV Series Pop! Vinyls sure are quick and awesome.

If you’re enjoying The CW’s new show The Flash as much as I am, then you’ll to love these new Pop! Vinyls. There are three total, but I hope there will be more in the future.

It wouldn’t be right to start off with anyone other than the Fastest Man Alive, Barry Allen as The Flash! This figure shows Barry in his Flash costume, lovingly made over and over again by Cisco Ramon of course. The colors are very accurate to the show, representing his maroon and gold suit, rather than the comics’ traditional bright red and yellow costume. With hands clenched, he’s ready for a fight – or a race – at any moment’s notice.

But wait! Who’s that yellow speedster with the red streak? It’s the Reverse Flash, the mysterious speedster who plagues Barry in Central City. Posed similarly to the Flash, his costume really stands out when you place them side-by-side. His suit is black on the bottom and yellow on top, displaying the red symbol of the Flash. But who is this mysterious figure? Don’t worry, we won’t spoil it!

The last figure is a particular thorn in the Flash’s side – or should I say icicle? It’s none other than Captain Cold. With his big, furred hood and freeze ray, he’s ready to menace Central City.

All of these Pop! Vinyls are 3 3/4-inches and come in window display boxes. Collect them all before it’s too late and they zoom away!