You’ve Got a Friend in These 20th Anniversary Toy Story Pop! Vinyl Figures

You’ll go to infinity and beyond with Funko’s new Toy Story 20th Anniversary Pop! Vinyl figures! That’s right, Toy Story will turn 20 on November 22nd! Can you believe it?

And the best way to celebrate is with these great 3 3/4-inch vinyl figures.

The popular duo of Woody and Buzz get their second transformation from Funko, this time boasting new poses and elevated details.

Woody’s Pop! Vinyl has become considerably brighter and more colorful and his new sculpt shows off what a friendly and capable sheriff he is, one hand waving to fellow toys and the other on his belt.

Buzz may just be a toy, but he’s still all action. His new vinyl figure shows him ready to get into the fray and face off against the evil Emperor Zerg.

Next up are two brand new Pop! Vinyls: Hamm and Rex. Two beloved toys from Andy’s childhood, the corked piggy bank sits with a skeptical look on his face. Don’t worry, his wise-craking quips are painless, though – well, mostly.

Rex, the lovably but often nervous plastic T-Rex, is often the butt of Hamm’s insults. Still, Rex has a good heart and any Toy Story fan would be remiss not to have him by their side! 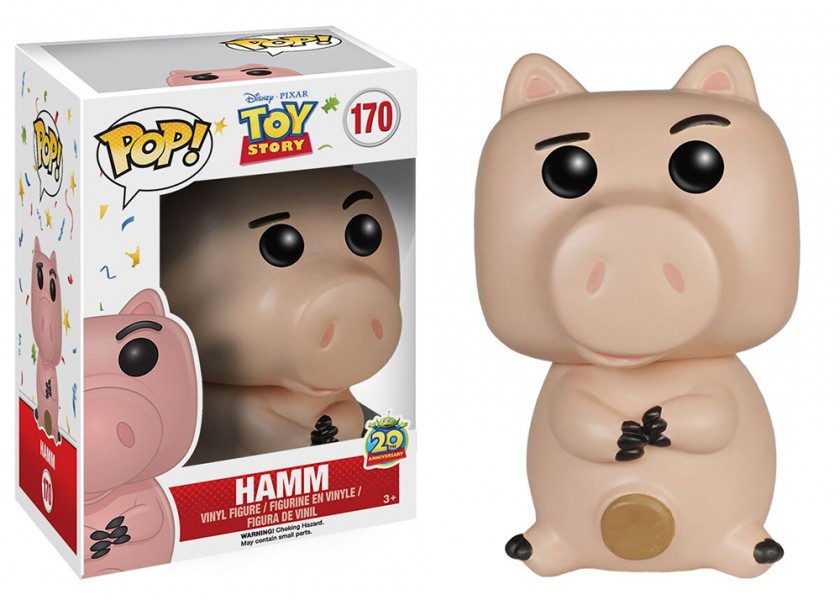