Ragnar Lothbrok Is the King of Pop! Vikings

The storm is coming, lead by Ragnar Lothbrok and his army. Before the Norse overwhelm your home, invite them to join your collection as the Vikings Pop! Vinyls from Funko.

Legendary Viking chieftain Ragnar Lothbrok is a true Viking king. He carries his shield and ax, determination set among the scars on his face. Lagertha, the fierce shieldwoman, is featured here with her shield, sword, and impressive pompadour. More than just Ragnar’s wife, Lagertha is a warrior with the capability of defending herself and her loved ones.

Ragnar’s brother Rollo also carries his shield, with a sword in his right hand. He wears his brown hair long and his beard full. He envies his brother and desires Lagertha.

The incorrigible trickster Floki is Ragnar’s best friend and the designer of new Viking longboats. His eccentric hair and face are present in Pop! form and he carries tools.

The Seer may frighten many, with its long staff, scarred eye sockets, and darkened lips. The Seer wears its cloak and hood, carrying a staff, ready to communicate with the gods.

Join the Vikings with these Pop! Vinyls, currently available at Entertainment Earth with a scheduled arrival in May 2015. 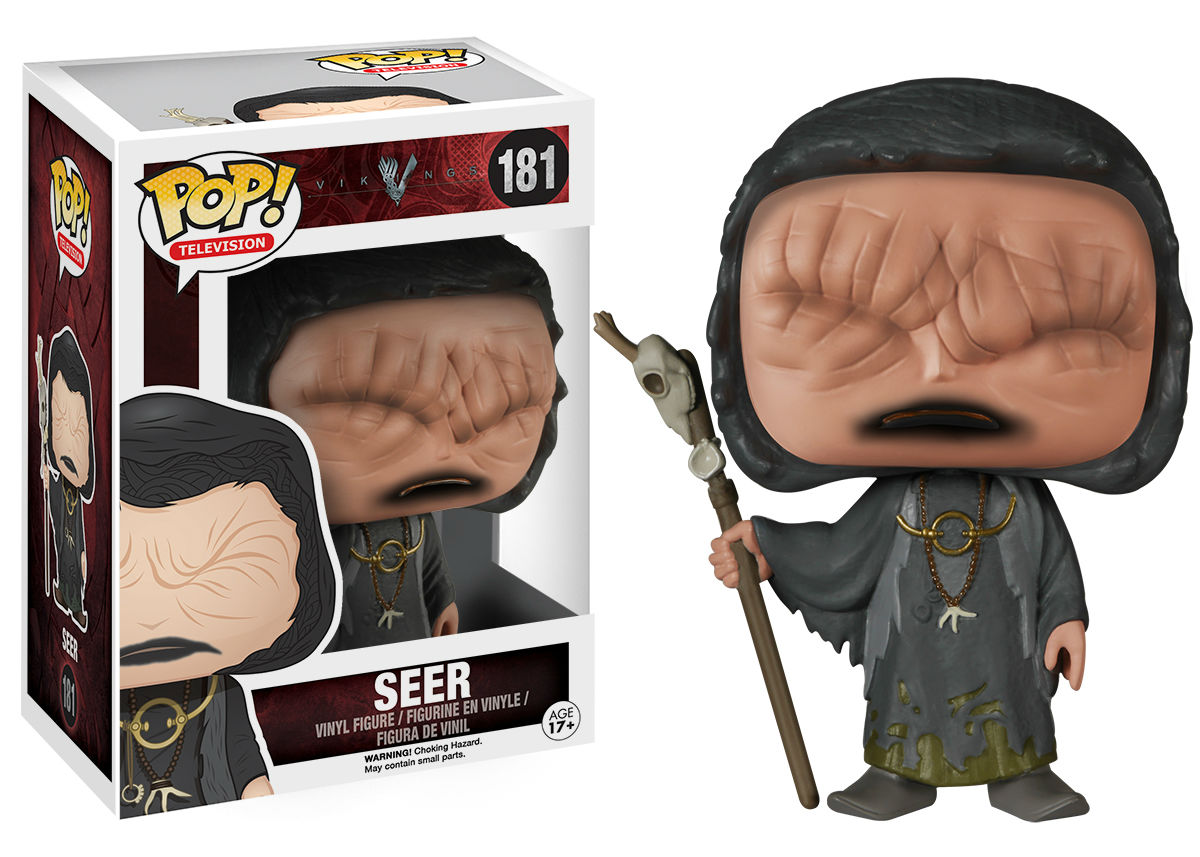