Funko has long been a successful manufacturer of action figures, bobbleheads, vinyl figures, and other pop culture toys. What started as a maker of toys based in nostalgia – the company’s first product was a bobblehead of the famous Big Boy mascot for Big Boy family restaurants – has grown over the years to include toy lines from such well known names as DC Comics, Marvel, Disney, Star Wars, Harry Potter, and others. And Funko product lines include the popular Pop! Vinyl figures, and other lines such as Wacky Wobblers, Hikari, Mystery Mini, and Fabrikations, to name a few.

But with all these possibilities, we were pleasantly surprised that our social audience asked us to write about Funkovision, a limited edition line of figures that the company produced for a short time starting in 2007. It may be close to ten years since Funko stopped making them, but the Funkovision figures are still popular among those of today’s collectors who can find them.

Ranging in height from 5 to 7-inches, the Funkovision vinyl figures were recreations of popular cartoon characters from television, placed inside their own TVs. Just reading the names of the characters produced for this line is a trip down memory lane. Sure, characters from the Looney Tunes, The Flintstones, Yogi Bear, Betty Boop, and Peanuts, are still known today. 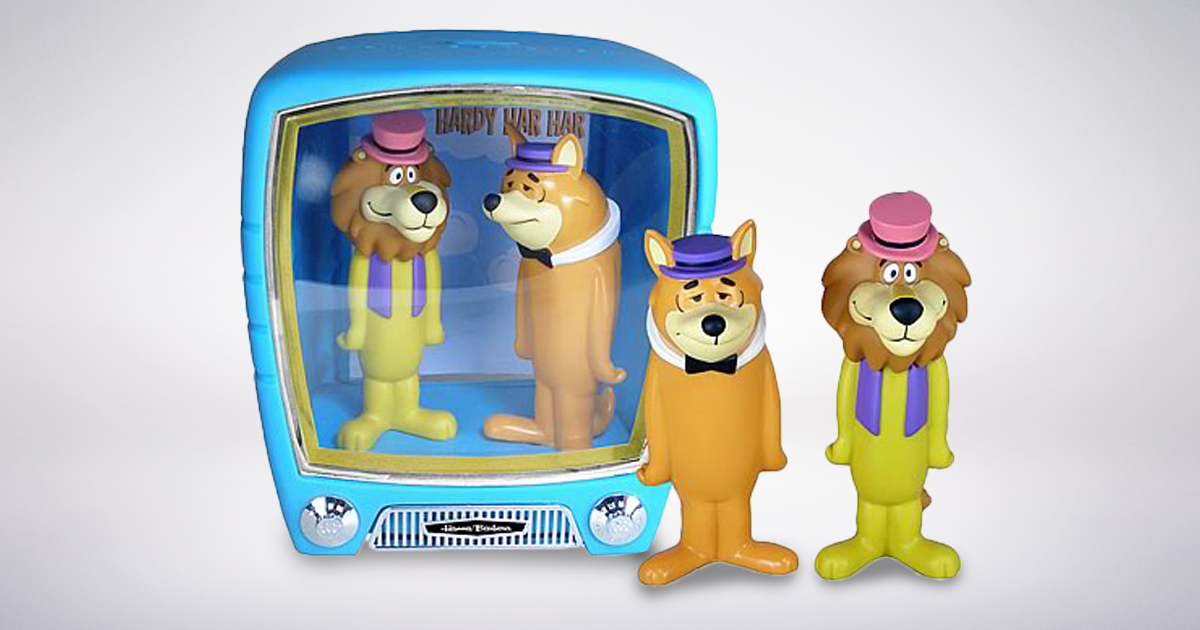 And if we’re talking about Hannah Barbera, how about Lippy the Lion and Hardy Har Har, a lion and hyena who paired together on 1962’s The Hanna-Barbera New Cartoon Series?  Lippy was always trying to get rich quick, but his plans were constantly failures. Or do you remember Peter Potamas and So-So, who starred in the The Peter Potomas Show in 1964?

And while you might not remember The Gruesomes, who moved next door to the Flinstones in the show’s fifth season and appeared in a couple of episodes, it would have been cool to see them in Funkovision form. Funko did produce a two pack of these figures later.

Two of Looney Tunes‘ lesser known characters featured in the Funkovision line were Gossamer and the Evil Scientist, who first appeared trying to trap Bugs Bunny in their castle in the cartoon “Hair-Raising Hare,” and who would appear later in other Looney Tunes cartoons.

Other well known cartoon characters recreated for the Funkovision line included Daffy Duck in the grip of the dreaded Abominable Snowman from the cartoon “The Abominable Snow Rabbit,” Bugs Bunny munching a carrot while sitting in Witch Hazel’s cooking pot, and Yosemite Sam dressed as the black knight and standing next to his Dragon (known for its incessant sneezing) in the Bugs Bunny cartoon “Knighty Knight Bugs.”

Fans of Scooby-Doo and his teenage group of mystery investigators could collect recreations of the goofy dog with his faithful partner Shaggy up against the scary Phantom. Too bad that the above figures of Scooby-Doo pounding the tom-tom with Man-o-tiki-tia where never made. 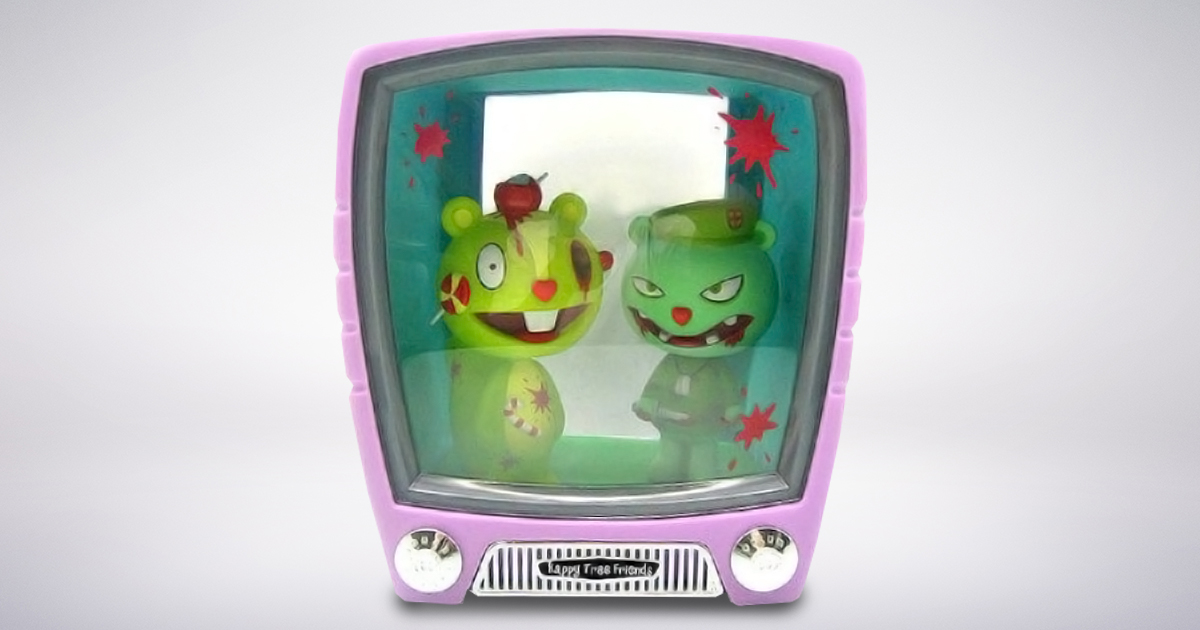 Whether it is to relive the happy memories as kids of watching their favorite cartoon characters, or to still enjoy watching these cartoon characters today in rerun on TV or on YouTube, Funkovision creations can still be found on the secondary market for the enterprising collector willing to make the search.

Did we miss a FunkoVision figure? What’s your favorite figure from the line? Is there other Funko products you would like us to feature? Let us know in the comments.