Which Action Figure Will Be the One True King? 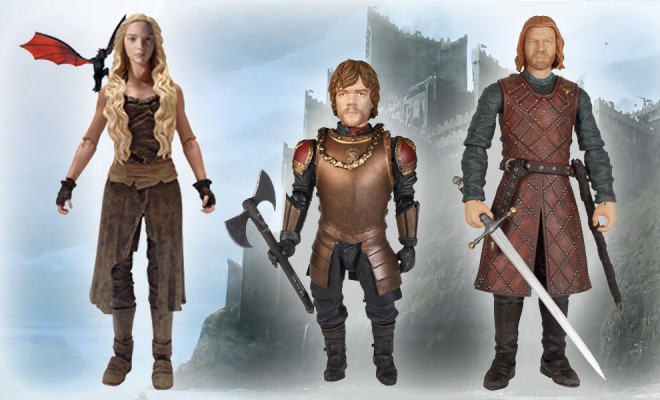 The battle for the Iron Throne is on and it’s up to you to find the One True King of Westeros! With these outstanding Game of Thrones Legacy action figures, you can create your own tales for the Seven Kingdoms of Westeros.

This iconic action figures feature the beloved characters from HBO’s sensational series Game of Thrones. These figures are made in 6-inch scale and feature many points of articulation. The Legacy Collection action figures each come with an individual accessory related to their character.

A Lannister always pays his debts. The Jaime Lannister Legacy Action Figure features Jaime in his Kingsguard armor, stands about 6-inches tall, and comes with a longsword accessory. Peter Dinklage’s cunning dwarf gets the Legacy treatment as a 4-inch tall action figure, complete with axe accesory.

Winter is coming and the Stark family is ready. Sean Bean’s Ned Stark is available as a 6-inch figure with 2 swords, including Ice – the giant Valyrian steel sword. Robb Stark, the eldest of the Stark children, also gets the Legacy treatment as a 6-inch figure with a long sword accessory. The youngest Stark girl joins the collection as the Arya Stark Legacy Action Figure in her fighting garb with a Needle accessory.

Jason Momoa’s Khal Drogo joins the ranks as the nearly unstoppable Dothraki Khal. At 6-inches tall, he comes with his scythe and knife accessories. Two versions of Daenerys Targaryen are available. The first version features the exiled princess in her Dothraki garb and includes one of her dragons, capable of perching on her shoulder. Series 2 Daenerys features her Meereen outfit, complete with cape and whip.

Jon Snow, the bastard Stark boy and member of the Night’s Watch, gets his own 6-inch action figure that includes a sword, sheath, belt, and more. The terrifying creature from beyond the Wall rounds out the current series as a 6-inch tall figure that comes complete with the same crystal spear seen in the TV series. This particular White Walker was inspired by the Season 2 finale.

These epic figures are currently available at Entertainment Earth. 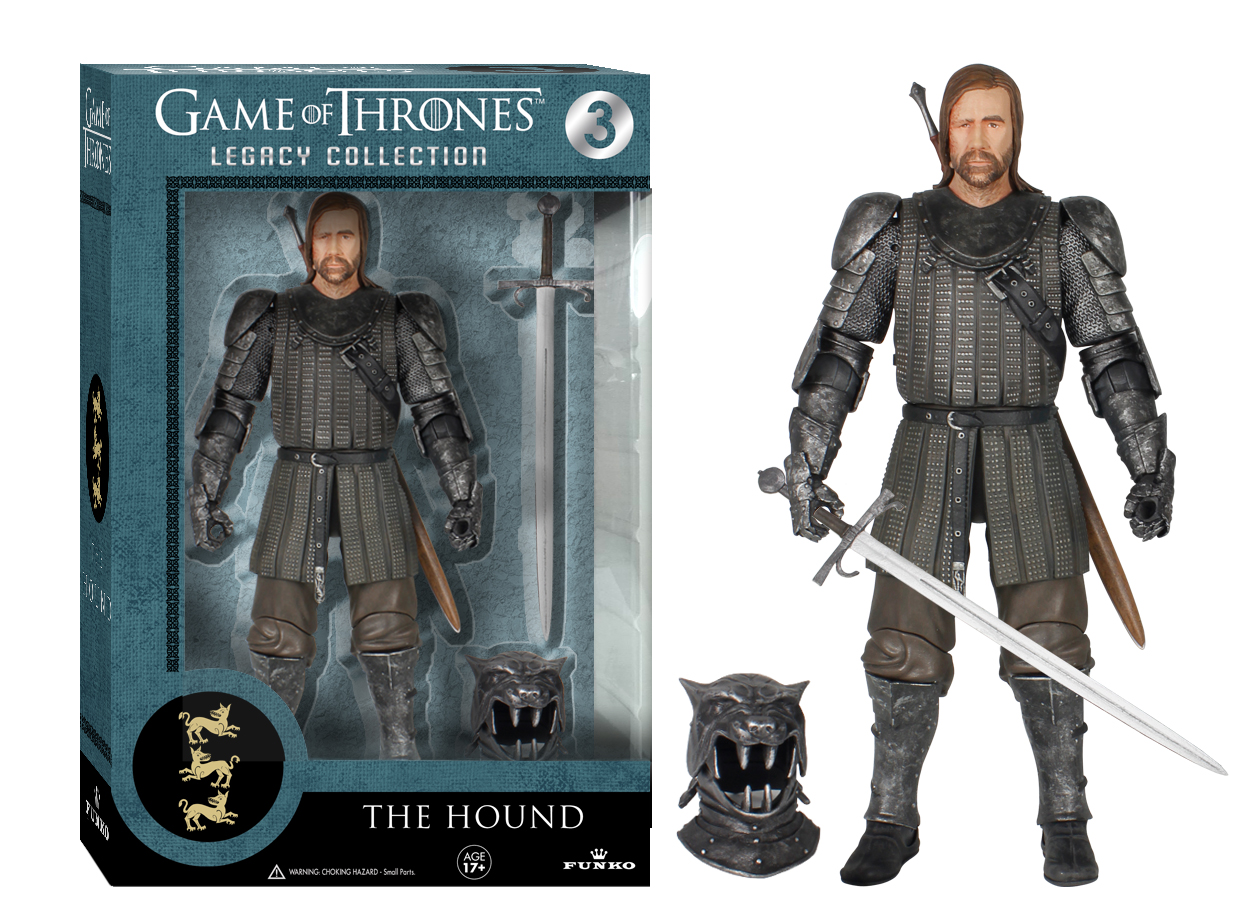 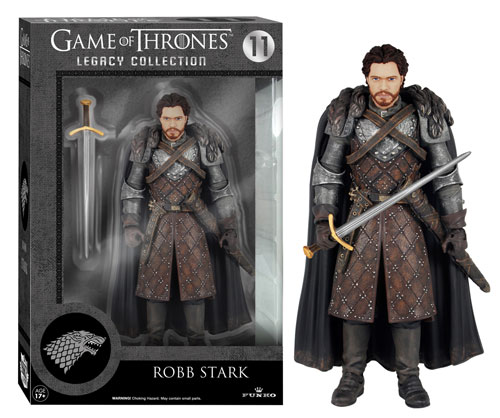 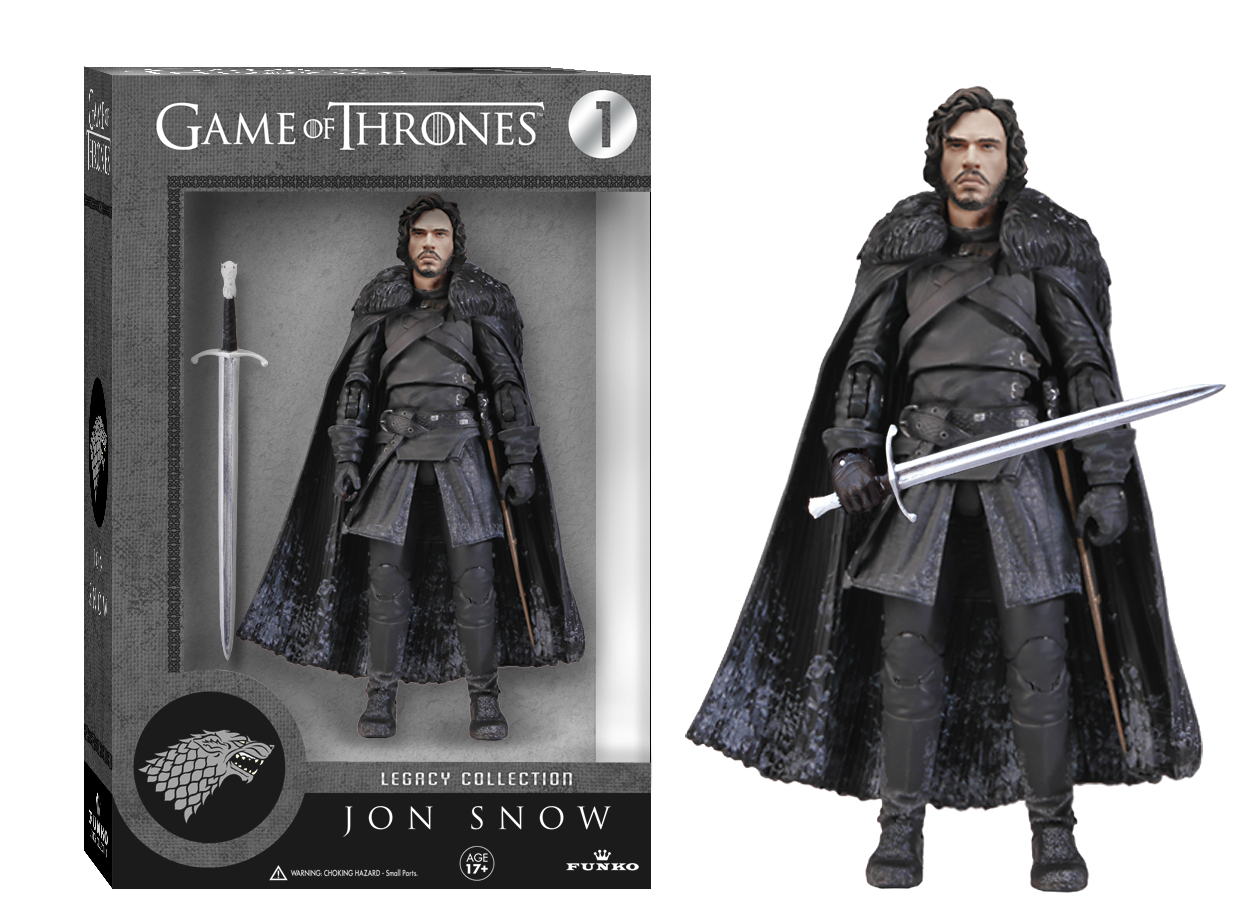 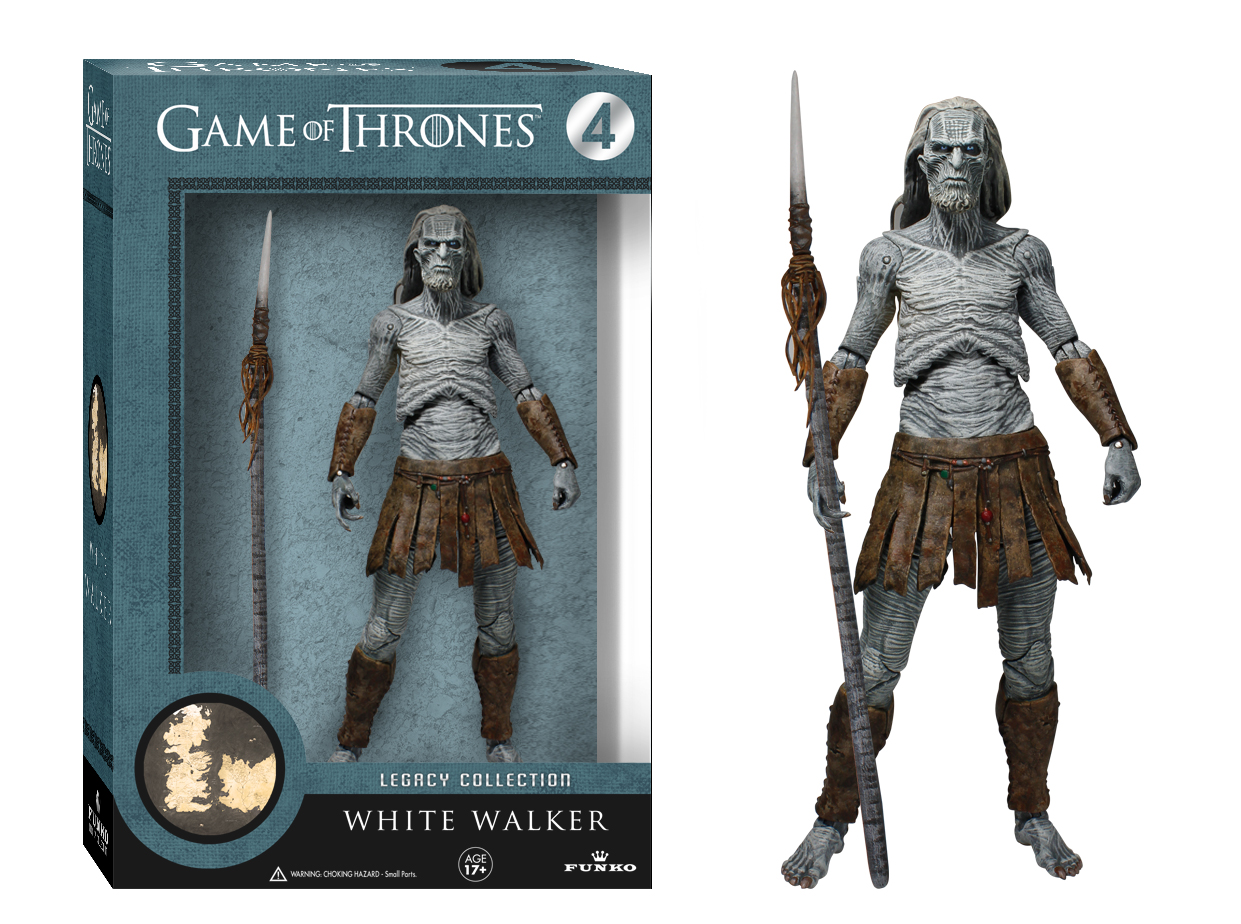