Celebrate over 10 Years of Gears of War with These New Pop! Vinyl Figures 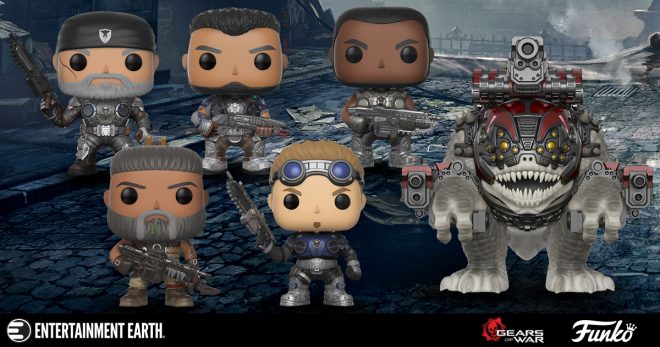 The third-person shooter Gears of War has been a huge hit among gamers since the title’s initial release in 2006. The original trilogy was developed by Epic Games and has not only achieved critical acclaim but is one of the best-selling franchises for the Xbox 360. Over 10 years later a Canadian game studio called The Coalition picked up the torch and released the latest installment Gears of War 4.

Once you’ve played the latest game you’re sure to want to take home some of the characters and now you can! Funko has announced wave 2 of the Gears Of War Funko Pop! vinyl figures so let’s take a look at them! 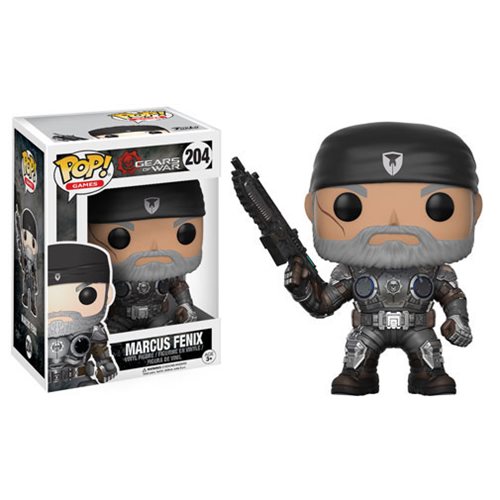 Marcus Fenix is back… but he’s aged a bit. Armed with the Mark 2 Lancer Assault Rifle and suited up in his standard armor the Marcus Fenix Old Man Pop! is the hero your collection needs.

You can’t order a Marcus Fenix Pop! without his best friend Dominic Santiago! Dom was the one who freed Marcus from prison and recruited him to join the Delta Squad.  He can forever stand by Marcus’ side and help defend your shelves with his Gnasher shotgun!

The Brumak was one of the largest species in the Hallow so it only makes sense that the Brumak Pop! vinyl figure would be 6-inches tall! These giants are armed with wrist-mounted chainguns and a huge back-mounted rocket launcher making for one deadly combination or size and weaponry!

Augustus Cole A.K.A. Cole Train was once a successful athlete but now he is a member of the Delta Squad taking down as many Locust as he can! This Augustus Cole Funko Pop! vinyl figure is armed and ready to defend humanity!

Complete your core members of the Delta-One with this Damon Baird armored Pop! vinyl figure. Damon Baird is a Gear soldier and weapons expert specializing in collecting and analyzing Locust weapons. Baird and Cole are best buds so make sure you buy both!

Oscar Diaz is more a shoot-than-salute kind of guy. This boisterous and opinionated warrior is now available as a Funko Pop! vinyl figure.

Pre-order these wave 2 Gears of War Pop! figures before they are lost to the Swarm!