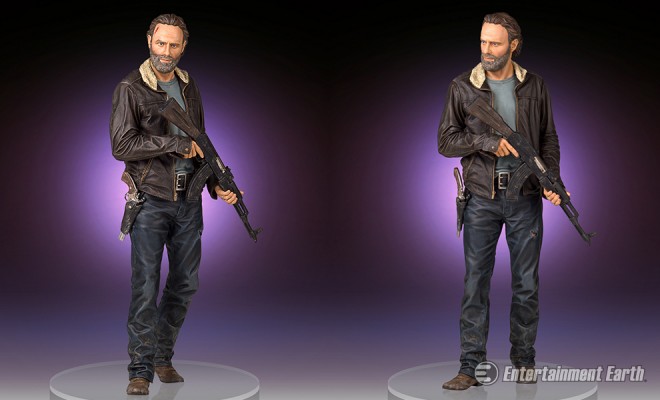 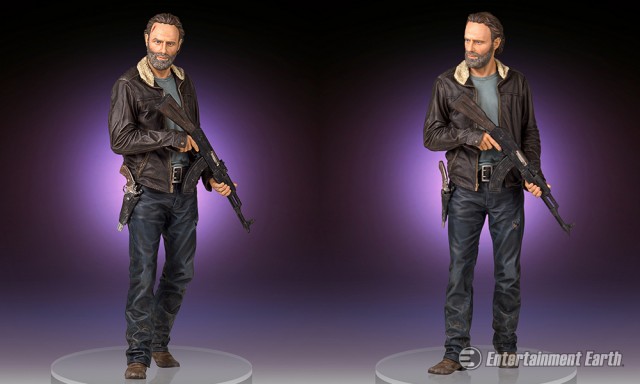 World weary and haggard, Rick Grimes has been through a lot but he still walks tall and determined, wanting to find a way out for his friends and family.

This epic 1:4 scale statue measures 18-inches tall, showing Rick bearded and looking rather worse for wear. There’s a certain hesitation carved into the pose of the statue, which only proves the level of detail and care with which this piece has been created.

While the sheriff has seen the worst of things, he’s still taking things into his own hands to come out alive, including a massive rifle which he holds pointed down. There’s also a handgun strapped to his hip because it’s always smart to equip yourself as best you can when it comes to a zombie apocalypse.

Sculpted by digital artists, the statue bears a remarkable resemblance to actor Andrew Lincoln and has plenty of cool features, from the cut on his forehead to every crease of fabric on his clothes.

It’s hand-painted, individually numbered, and comes with a certificate of authenticity. This impressive statue is available for pre-order at Entertainment Earth with free shipping. It’s expected to arrive in October 2016.

Collectibles Statues
Related ItemsGentle GiantRick GrimesStatueThe Walking Dead
← Previous Story Get Back to High School with New Saved by the Bell Pop! Vinyl Figures
Next Story → Bob’s Burgers Pop! Are the Belchers from the Womb to the Tomb