Get to Know David Haller (Legion)

With all the X-Men films that have been made, we’ve gotten to meet some pretty incredible characters along the way. With all the success of the comic book television shows (mainly on The CW), it’s no surprise that FOX is getting in the game with a couple new shows. First up for the studio is Legion on FX, which premiered last night. So what do we know about the main character, Legion AKA David Haller? Who is he? What can he do? Why was the premiere incredibly crazy? Let’s find out as we dig deeper into the origins of Legion! 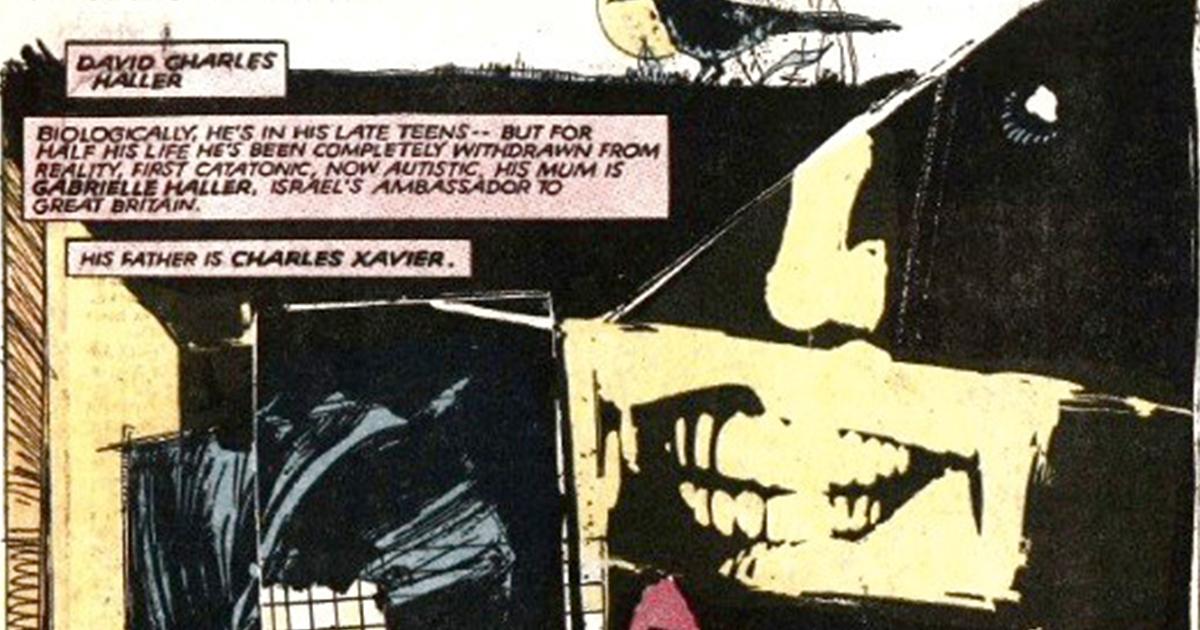 David Haller was created in 1985 by Chris Claremont and Bill Sienkiewicz for the comic book series New Mutants (which is another X-Men property being made into a 20th Century Fox film). Haller is the mutant son of Charles Xavier and Gabrielle Haller, though Xavier wouldn’t be made aware of his existence for some time.

While being extremely powerful like his father, he also suffers from severe mental illness including a form of dissociative identity disorder. Each of his personalities can control his abilities which include telepathy, telekinesis, pyrokinesis, time travel, reality warping, and the ability to absorb the consciousness of others. Pretty crazy, I know but it allows him to do some spectacular things. Haller would accidentally kill Xavier, which creates the alternate timeline known as the Age of Apocalypse (a fan favorite X-Men storyline).

The Legion television series stars Dan Stevens as David Haller and not much is known about the real plot of the first season and how, if at all, it will tie into the already existing X-Men movie universe.