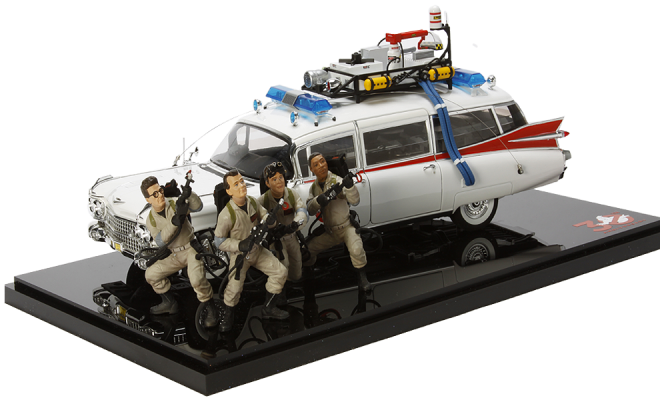 The Ecto-1 is the legendary vehicle that the Ghostbusters used to travel throughout the city busting ghosts. The vehicle was famously used in the 1984 American comedy film about three eccentric New York City parapsychologists-turned-ghost exterminators.