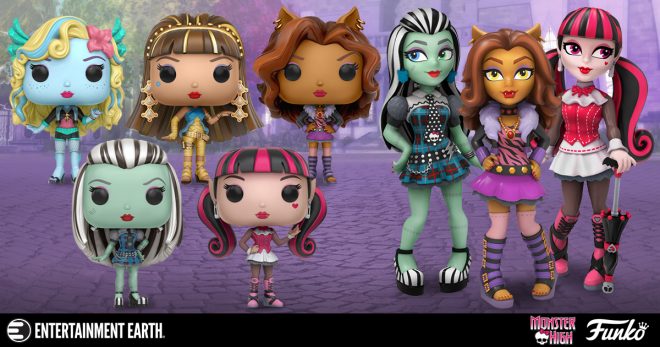 Don’t you think the world would be more interesting if there were monsters in it? Well, if you live in the Monster High universe, that’s not something you have to think about, it’s your reality! In New Salem, Oregon, monsters and humans live together in harmony, even if they have their disagreements from time to time. The animated shorts give us a glimpse of what it would be like if our favorite monsters hand children and do what they can to teach acceptance to young fans.

The entire series got a bit of a facelift earlier this year. With new facemolds, a brand new slogan, and a brand new song, these monster ladies are ready to take on just about anything. That’s all the while showing young ladies that they can be different and be beautiful, of course.

Following the new launch comes a brand new line of Funko figures, with a little something for everyone no matter what your collection preferences may be!

You can bring home your favorite, stylish little monsters early in 2017. They may be missing the Christmas rush, but who doesn’t want to start the new year off with a Monster Mash?