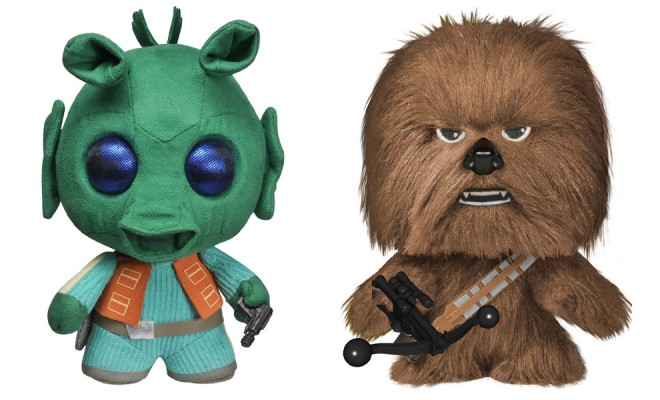 These awesome figural plush collectibles feature rotating heads, character-specific accessories, and the ability to stand. Chewie and Greedo measure over 6 inches tall. Each soft figure is filled with dense foam and weighted to stand securely on any surface.

Han’s best bud, Chewbacca, comes equipped with his crossbow while Greedo has a blaster. But don’t worry about that – Han shot first. Boba Fett and Yoda are also available as plush figures in the Star Wars Fabrikations line.

Chewbacca and Greedo are currently available for pre-order at Entertainment Earth and are scheduled to arrive in November 2014. 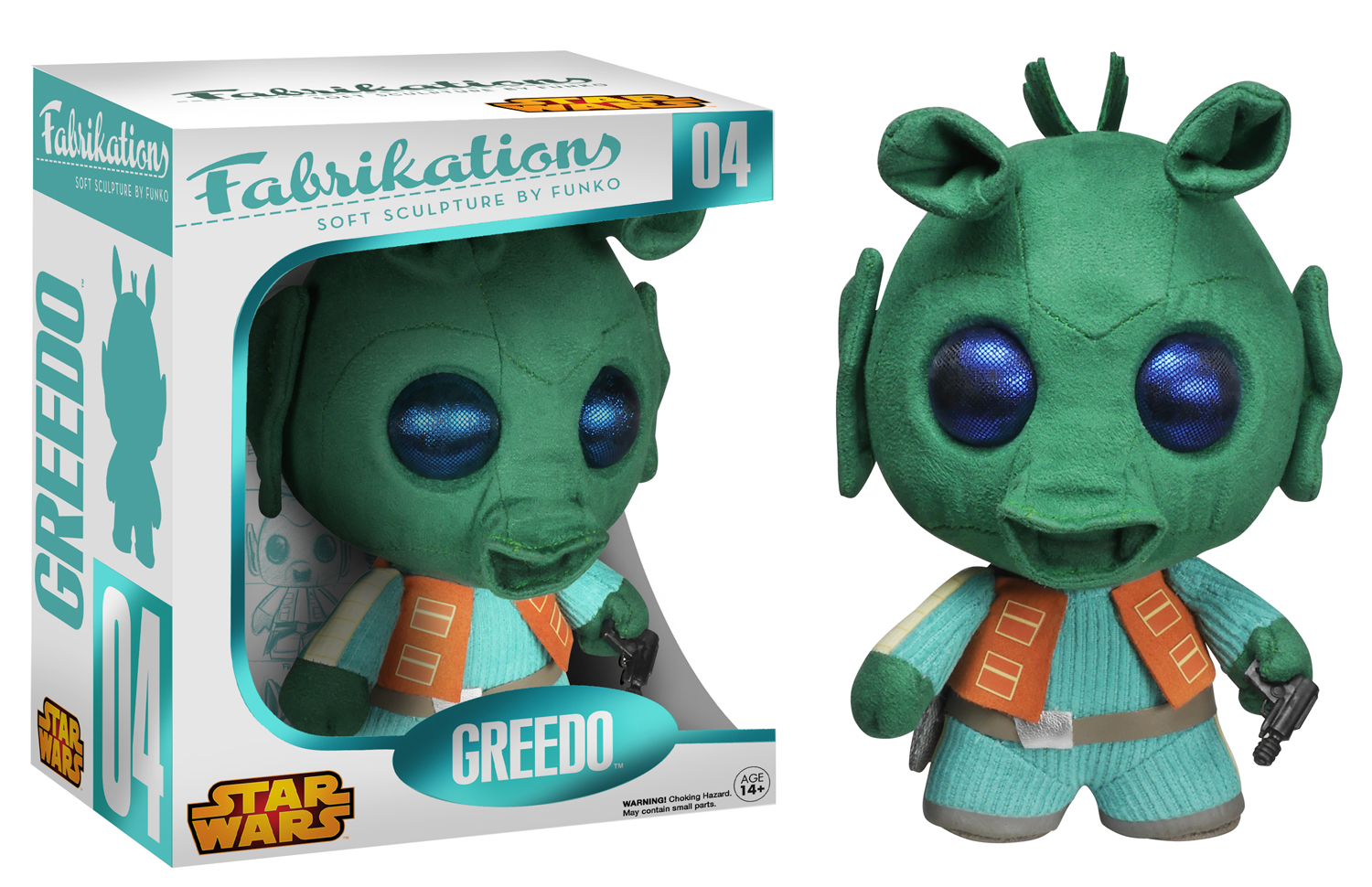