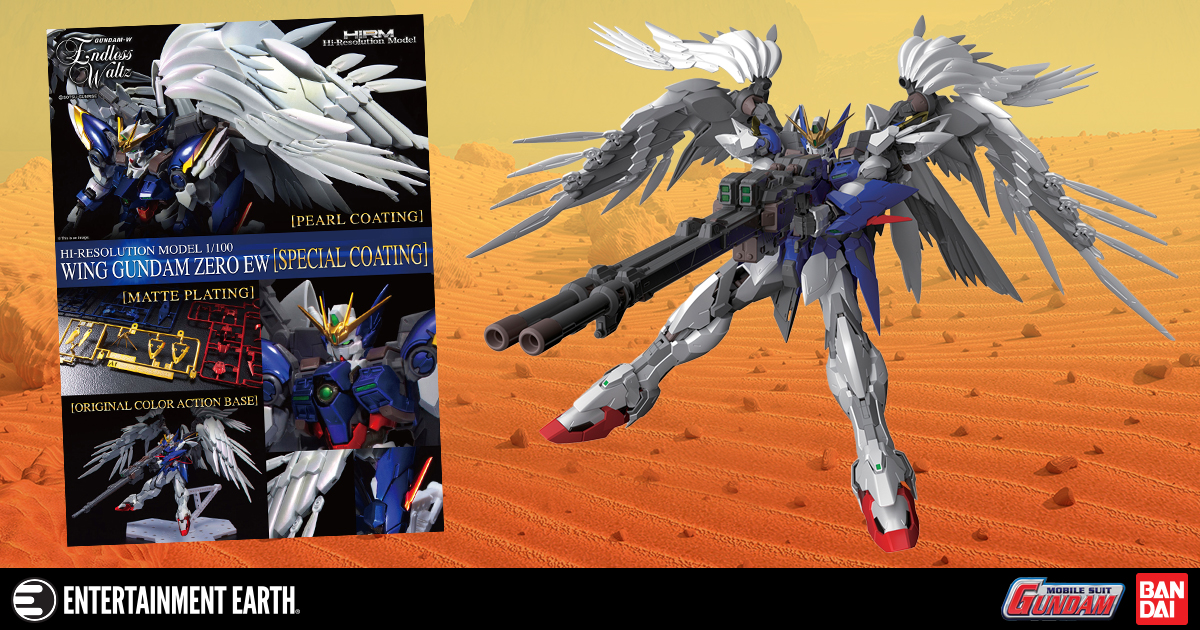 One of the most common denominators in Gunpla kits is the ability to create (and paint) your figures. While Bandai’s new Hi-Resolution Model sets include the former, the latter is no longer needed. In fact, the latest Endless Waltz Wing Gundam Zero Hi-Resolution Model Kit comes complete in all its diecast glory. Here’s a closer look at this gorgeous Gundam.

Based on the popular Gundam Wing EW manga, Wing Zero looks stunning. With impeccable accent lines and six spectacular wings that need to be seen to be believed, this figure is proof positive that Bandai is listening to fans by moving the Gundam line in a more premium direction. It even has opening armor gaps for Zero System use!

Sporting a fully transformable Neo-Bird mode, this Wing Zero model kit has nearly all the same features as its cartoon counterpart. Simply rotate the head, fold the legs, maneuver the shoulder pads and you’re able to transform Wing Zero from robot to bird and back.

While you have still the option of painting this figure, you really don’t need to do. The mix of glossy plastic and metallic diecast parts create a more finished look while simultaneously upping your posability options. Blue, red, and yellow armor highlights also help accentuate the figure’s detailed panel lines, exuding a mature style that’s both eye-catching and accessible.

And if this figure’s sheer good looks weren’t enough, it also comes packed with its iconic twin buster rifle, two beam sabers, wires, shield, a Gundam frame, and much more. Clocking in at roughly seven inches tall, he’s sure to look great on any shelf.

Wing Gundam Zero is scheduled to be in stock in March. Shortages are expected, so be sure to order your kit on Entertainment Earth today.