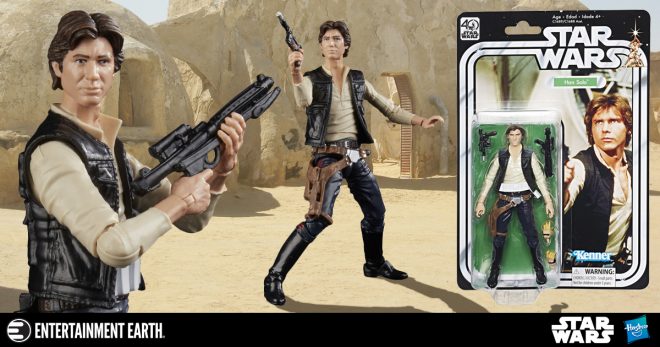 Can’t get enough of The Black Series 6-Inch 40th Anniversary Figures? Missed out on grabbing Han Solo as part of Wave 1 of this line? Well, he is finally flying solo…

The Star Wars The Black Series 40th Anniversary Vintage 6-Inch Action Figures bring back the legends that started it all.

The class of ’78 has never looked better, and Han looks great at the head of that class. There are 12 different figures that are coming as part of this fabulous new series. Hasbro has taken great care with this whole series of figures. Han, for example, comes with his regular blaster and also has a hold of a Stormtrooper blaster and a stolen Stormtrooper belt. With interchangeable hands and movie-realistic details, the improvements over the original figure are clear.

Outstanding size, 20-points of articulation, and amazing accessories are just part of the appeal of this amazing figure. You’ll also want to collect it because of the vintage style packaging that will have you reliving the best parts of your childhood all over again. Coming soon, you can pre-order Han Solo now from Entertainment Earth! 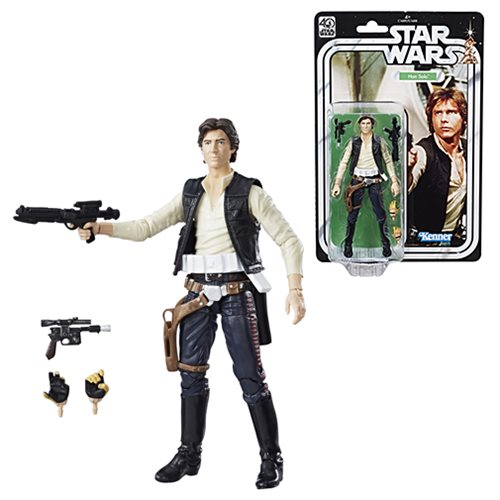