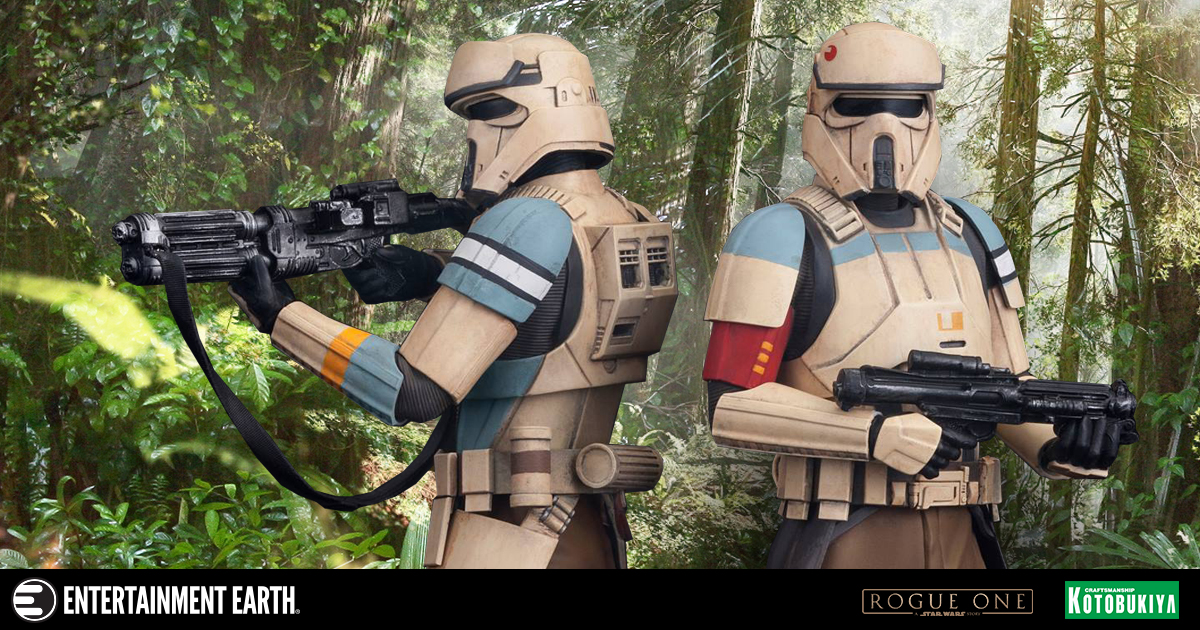 The life of a Stromtrooper has got to be tough. They work long hours and are basically cannon fodder for the Empire. I bet if they had a choice as to where they were stationed they would choose Scarif. At least then they would have sandy beaches and a beautiful ocean to gaze at! Make the dream a reality with the Star Wars Rogue One Scarif Stormtrooper ArtFX+ Statue 2-Pack.

These Specialist Stormtroopers are actually known as Shoretroopers. They’re known for patrolling the beaches and bunkers of the planetary facility of Scarif. Kotobukiya’s ARTFX+ lineup proudly presents these 1:10 scale statues based on characters from the upcoming film Rogue One: A Star Wars Story.

Beautifully recreated, these two Shoretroopers look like they stepped straight off the screen, and their multiple arm and weapon parts allow for the creation of dynamic action poses to change up your display.

This collectible 2-pack will be available in June 2017, so place your pre-orders with Entertainment Earth now!