Happy Anniversary to Tim Burton’s The Nightmare Before Christmas

For years, Tim Burton’s creepily cute ode to both Halloween and Christmas has been a mainstay of the holiday season.

Burton himself did not direct – instead first-timer Henry Selick actually sat in the director’s chair – but the film was built around a poem Burton had penned and illustrated many years earlier, so it’s true that we never would have had this animation classic without him.

Jack Skellington (Chris Sarandon as the speaking voice, Danny Elfman as the singing voice), the Pumpkin King of Halloween Town, has grown weary of his spooky holiday. The other monstrous inhabitants of Halloween Town continue to sing his praises, but it all feels empty and meaningless after years of repetition.

When the morose skeleton stumbles upon doorways in the forest that lead to other holiday lands, he finds himself experiencing Christmas Town for the first time. After all of the doom and gloom of Halloween, Jack is bewitched by the cheerful colors and happiness of Christmas, and decides to bring the holly jolly holiday and all of its trappings to his own world.

Only faithful ragdoll Sally (Catherine O’Hara) suspects stealing Christmas is a bad idea; Jack doesn’t listen to her warnings, though, and — predictably — ruins the holiday. He does realize his mistake just in time, however, and returns to Halloween Town to rescue Sally and the kidnapped “Sandy Claws” (Ed Ivory) from the truly evil Oogie Boogie (Ken Page).

In the end, Santa’s able to fix Jack’s mistakes and save Christmas, while Jack has a newfound love for his own holiday – and Sally.

Burton’s ooky, kooky brainchild is anti-Disney in almost every way, which makes the fact that the studio actually gave it a chance nigh incredible. While certain characters certainly have their adorable moments — Jack in particular can be awfully cute — the majority of the cast is creepy, slimy, misshapen, and downright horrific.

For a kids’ movie, there’s quite a lot of visual horror (I, personally, was horrified by the Clown With the Tear-away Face as a child). Sally literally falls to pieces on more than one occasion, the Axe Murderer has an actual axe embedded in his head, and Oogie Boogie is revealed to be nothing more than a bunch of squirmy bugs inside a burlap sacks (ewwwwww).

The songs, penned by the great Danny Elfman (who served double-duty as Jack’s singing voice), are just as great today as they were twenty-three years ago. The stop-motion claymation is incredible, beautiful and atmospheric, and certainly helped pave the way for Laika; director Selick even directed that studio’s first feature-length film, Coraline.

Perhaps more impressive than the animation, commitment to creepiness, and eternally catchy songs, however, are the subtler themes at play in The Nightmare Before Christmas. There’s the visual joke about the Mayor – while most politicians are metaphorically two-faced, this Mayor literally has two faces – and then there’s the message at the heart of the plot.

This isn’t something most audiences consciously pick up on, but the real conflict in Nightmare is… Cultural appropriation. 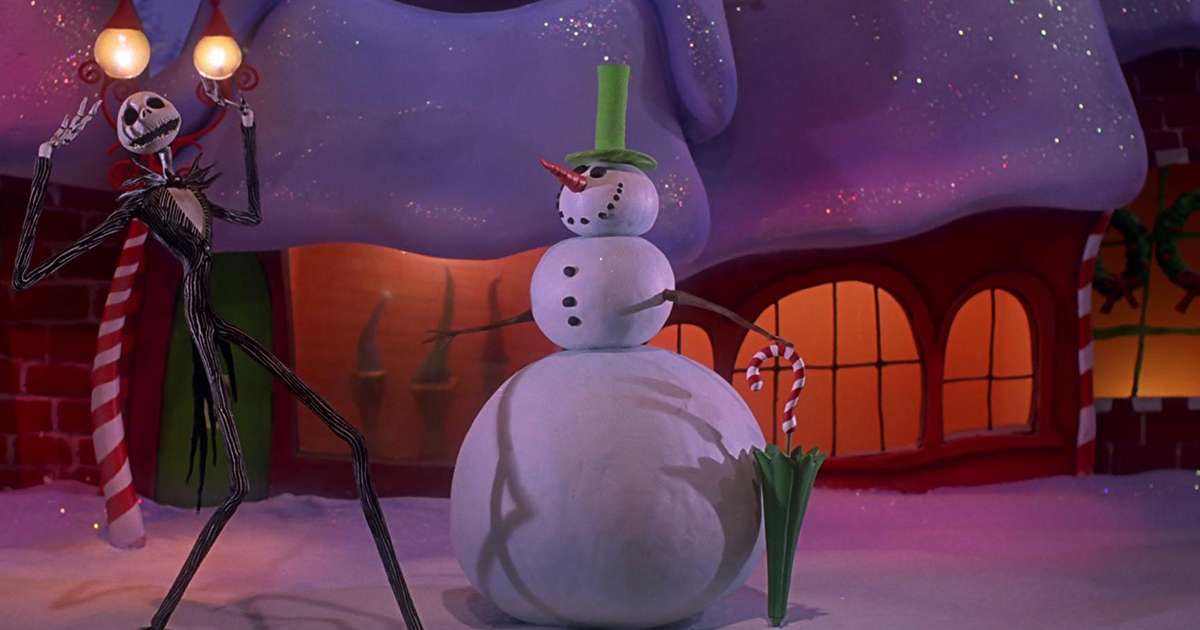 Jack stumbles upon this new land with customs far different than his own, finds them beautiful and exciting, and decides to bring it all back to his world. Unfortunately, Jack and his people don’t understand the underlying meaning behind the trappings of Christmas – since they’re not from Christmas Town – and end up twisting everything to fit their own views. Jack initially attempts to study Christmas, but is ultimately ignorant of the holiday he tries to make his own.

This inevitably leads to widespread panic, fear, and violent retaliation when Jack and his flying coffin sleigh are shot out of the sky in a major air strike. It looks like Christmas that year is ruined; luckily, Jack realizes his mistake and frees Santa, who puts things to right in time.

Sally is the only resident of Halloween Town who realizes stealing Christmas is a bad thing from the get-go. “It feels wrong to me – very wrong,” she says. There’s a key moment when she’s finishing off Jack’s Sandy Claws outfit: she holds up a picture of him in his usual Halloween glory. “But you’re the Pumpkin King!” she laments.

Jack simply tosses aside the picture with a, “Not anymore! I feel so much better now!” before taking Santa’s hat and blithely ignoring his cries of, “You just can’t do this!” All Jack cares about is that he feels reinvigorated after becoming bored with his own holiday; at that point in the movie, it doesn’t matter to him that he’s ruining someone else’s.

For this reason alone, The Nightmare Before Christmas should be required viewing. It’s an easy-to-understand cautionary tale; a perfect visual aid for children and adults alike.

Plus, there’s the aforementioned songs and animation. All in all, it’s a nigh-perfect film that can be watched the whole of the holiday season. It’s hard to find something that’s just as fitting at Halloween as on Christmas Eve, but this little animated gem is at the tippy top of that short list.