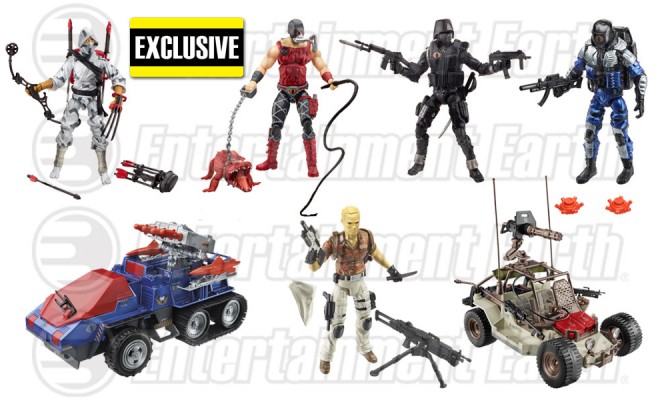 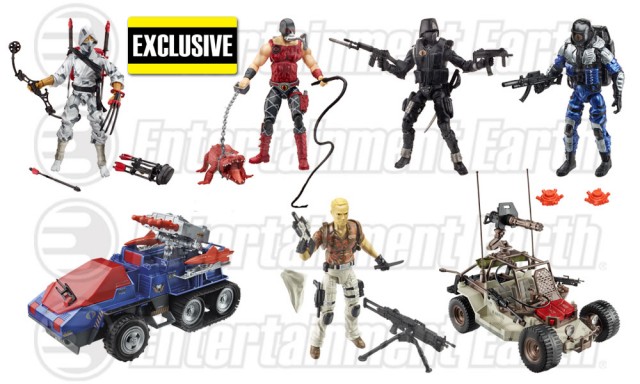 Loaded with several points of articulation and great accessories, any G.I. Joe fan will be impressed.

Next up: can you take on Cobra in the desert? Find out with this epic battle, all in one box!

If you think that’s impressive, just wait until you see the Basilisk’s elevating, rotating missile launcher in action or the F.O.E. Striker’s engine panels and four-wheel suspension!

Gear up and order these exclusives today. They’re available for pre-order at Entertainment Earth with an expected arrival of September and August 2015, respectively. The Wave 3 case also comes with free shipping. 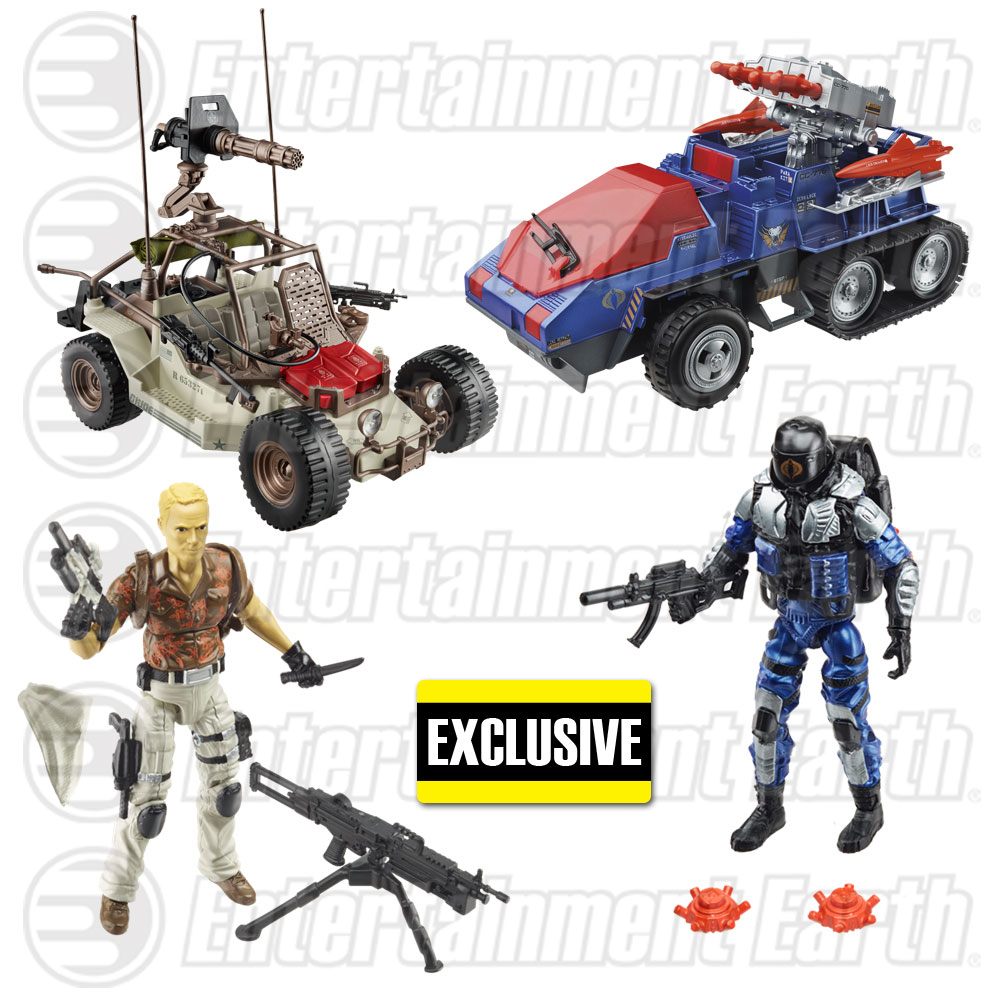