Why Hasbro Is Changing the Game – Ms. Monopoly Aims to Inspire and Showcase Female Inventors and Entrepreneurs

While Mr. Monopoly remains your real-estate go-to, Ms. Monopoly is here to (literally) change the game. Instead of properties, the new game will feature inventions and historical innovations, ranging from scientific to everyday-practical, created by women. Did you know that wifi was invented by a woman? Betcha didn’t! (Look up Hedy Lamarr.) No more building houses – it’s time to build business headquarters! 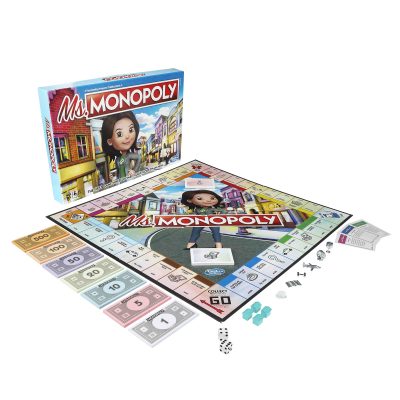 According to Hasbro, Ms. Monopoly is a fun new take on the game that creates a world where women have an advantage often enjoyed by men. But don’t worry, if men play their cards right, they can make more money too.

A game that inspires girls of all ages to be the best they can be and change the world? Hasbro is winning with this one. Check out the full video below to learn more about the game and the three amazing teen inventors.

Ms. Monopoly will be available at most major retailers. So, go ahead, inspire someone…or yourself…and order yours today!